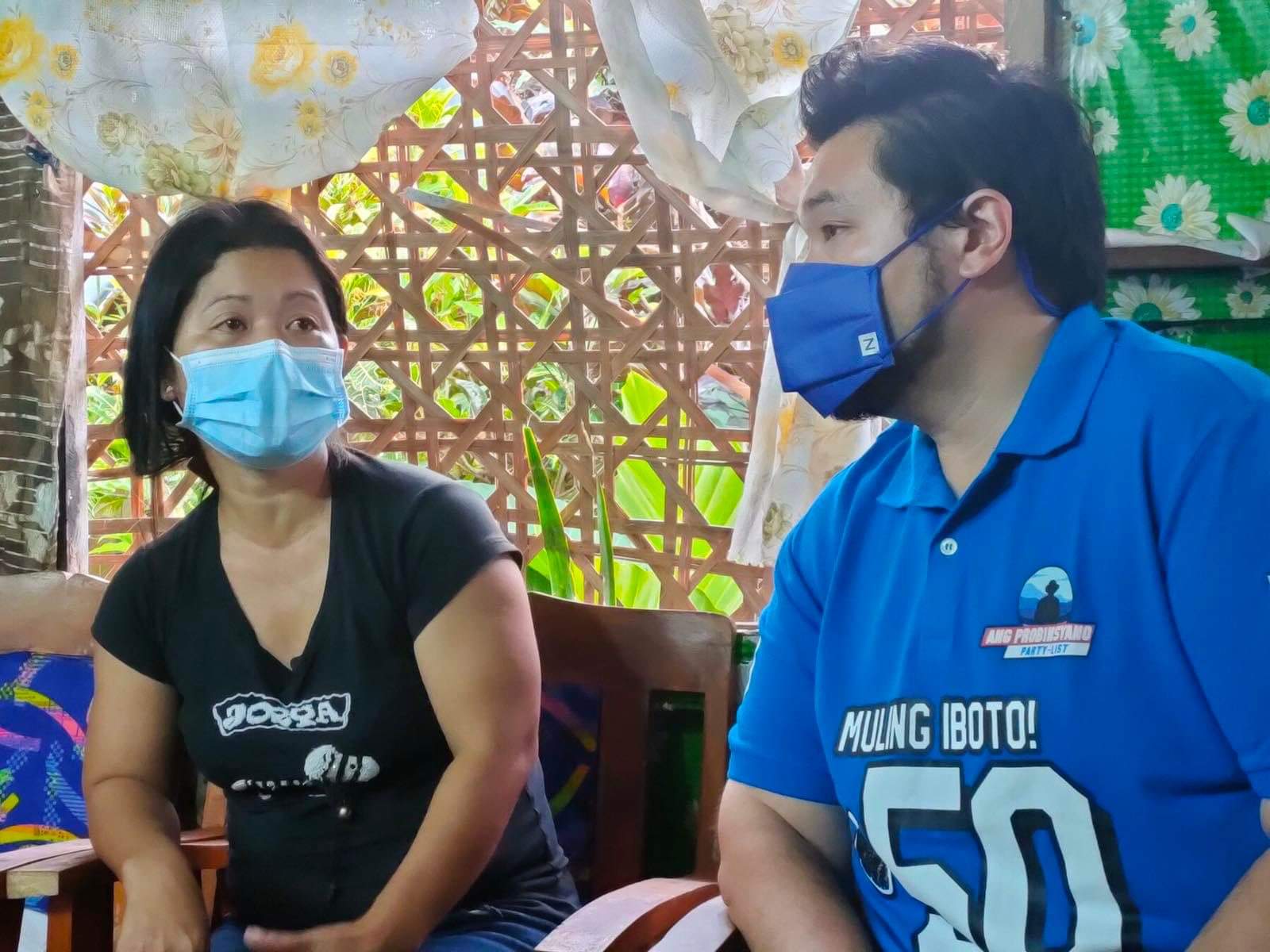 Number 50 Ang Probinsyano Party-List on Saturday (April 30, 2022) extended assistance to the kin of the victims of the bridge collapse in Loay, Bohol last April 27, 2022.

Rep. Edward Delos Santos visited the family of fatality Arniel Cilos, a tourist driver and offered some immediate burial assistance as well as scholarships for their three children.

Arniel’s wife, Maricel, expressed sadness over her husband’s demise in the tragedy that killed four people, including an Austrian tourist, and injured 31 others.

The vehicle that Arniel was driving was passing the Clarin bridge when it caved in, causing at least 11 vehicles to fall into the river.

“Nag-aalala po ako sa kinabukasan ng mga anak ko na may edad 16, 13 at 1. Ang asawa ko lang ang naghahanap-buhay, pero ngayon ako na ang magiging tatay at nanay ng mga anak namin (I am very worried about the future of my children aged 16, 13 and 1. My husband was our breadwinner, but now I will be both father and mother to my kids),” said Maricel, who lives in Dauis town.

Number 50 Ang Probinsyano Party-List, which happened to hold campaign sorties in Cebu and Bohol during the week, condoled with Maricel.

“We recognize the challenges that the families of the Bohol bridge collapse victims face. We want them to know that while the future may seem dark for them at the moment, there are people, organizations and institutions that are here to lend a hand at their most trying time,” Delos Santos said.

The lawmaker added that Bohol, which has encountered a series of unfortunate events in recent months including Typhoon Odette last December, is close to Number 50 Ang Probinsyano’s heart.

“Apart from our relief drive in times of calamities, we have established several tourism projects in Bohol to boost economic activity in the province. Despite some setbacks, we know that among our Boholano brothers and sisters’ greatest assets is their resiliency in the midst of adversities,” Delos Santos said.

With Gemina during the incident was her granddaughter, who suffered injuries and later, trauma.