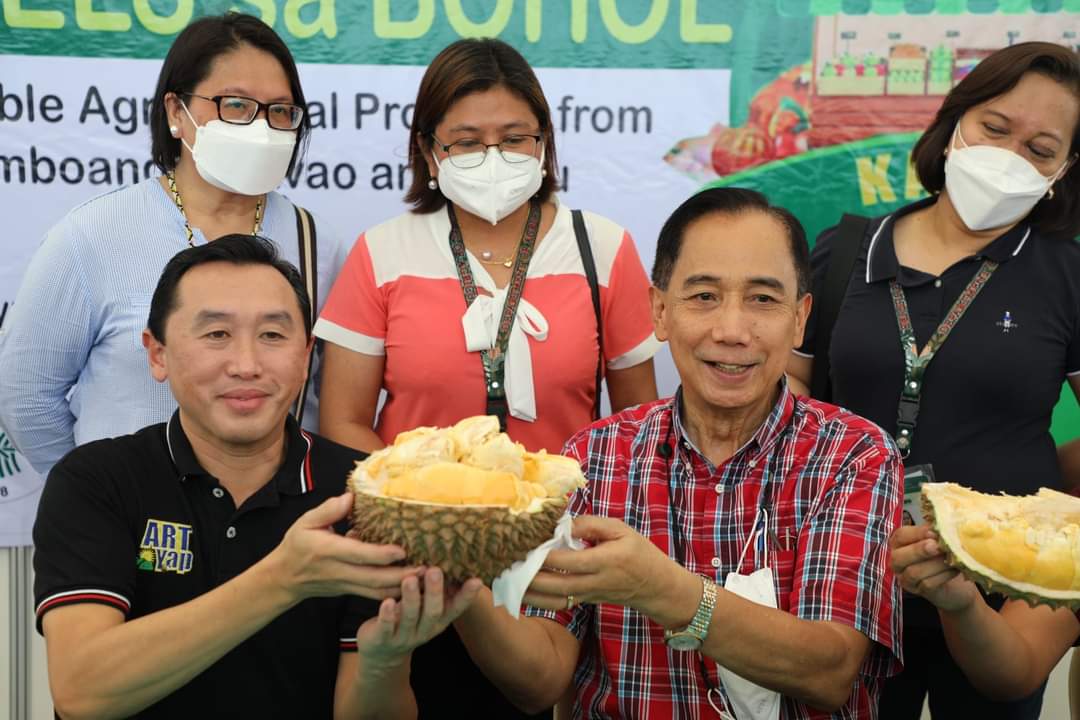 The country’s rice industry may have been impacted heavily by the trade liberalization of rice caused by the Rice Tariffication Law (RTL), but the industry leaders are seeing the safety net in the law doing its job of elevating the local industry production to competitive levels.

Department of Agriculture Secretary William Dar bared this during the turn-over of government Interventions especially those that are set in place in the Rice Competitiveness Enhancement Fund which the RTL has mandated to increase local rice farmers competitiveness in the global staple market.

From the tariffs of the rice imports, the country gets the funds for rice competitiveness.

Speaking before rice farmers, cooperative members and people’s organizations working in the rice sector, Sec Dar, in his checkered red polo shirt, announced that the country has achieved a record for the highest rice production in 2020, reaching 19.2 million metric tons (MMT), to the resounding applause of the local rice farmers who were set to get P5,000.00 in cash subsidy for their rice production.

The RTL has provided a P10 Billion fund each year until the lifetime of the law, to allow the government to subsidize the rice industry towards competitiveness.

In the P10B, P5 billion annually goes to farm mechanization and allows farmers or cooperatives to but for these needed farm equipment to mechanize production and cut on labor costs and time.

Another P3 billion is set aside for the purchase of inbred certified seeds, so as to increase production using better and high yielding seeds.

The government has also put up another P1billion fund for farmers credit services, one farmers can use for farm inputs, and other collateral production needs.

Any excess and unused funds for the year go to rice farmers’ subsidies, Sec Dar said.

From last year’s funds, the government has saved P267.7 million for the rice subsidies now taking the form of cash assistance, that is why the farmers now get the P5,000.00.

From this year’s fund, rice farmers are again expected to get another P5,000, baka sa Abril (maybe in April), the secretary said, during the turn-over of Rice Farmers’ Financial Assistance (RFFA) Program Roll-out at the Bohol Island State University (BISU) Gym, February 7.

In Bohol, farmers who received the cash subsidies hailed the government for the funds that came in time when the recent cropping has been washed out by the typhoon Odette-spawned floods and strong rains. (rahc/PIA-7/Bohol)