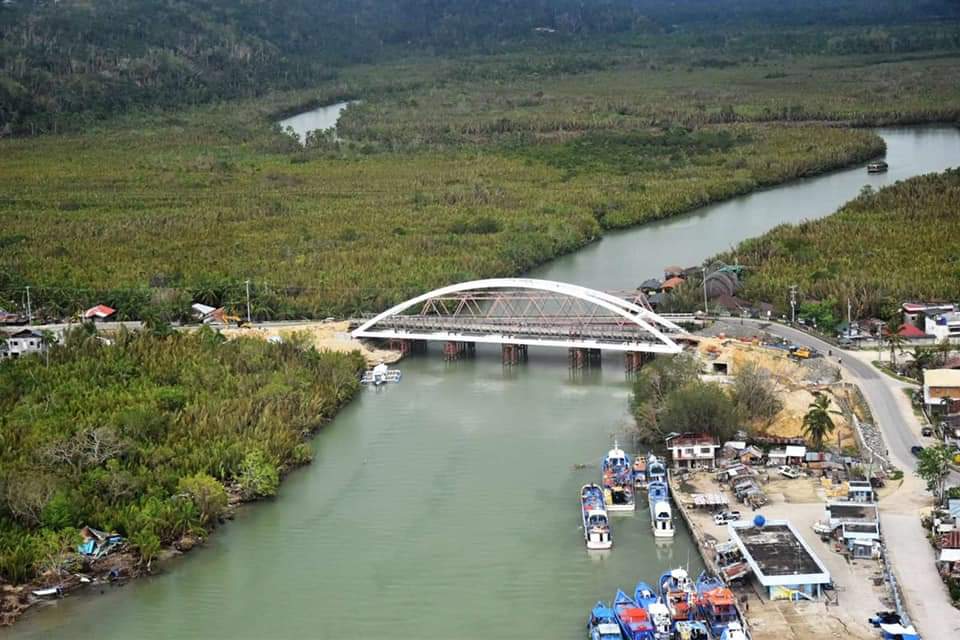 The Clarin Bridge in Loay town in Bohol is targeted to open in June 2022, the Department of Public Works and Highways (DPWH) said.

It will improve the mobility of goods and people and provide greater access to the tourism sites of Bohol province.

The new 2-lane Clarin Bridge will replace the old bridge damaged during the Bohol earthquake in 2013.

“Build, Build, Build” program chief implementer, Undersecretary Emil Sadain, said the bridge along the Bohol Circumferential Road is 82 percent complete to date, according to a news release on Saturday.

The new two-lane bridge, about 18 km. away from the capital Tagbilaran City, will replace the old one damaged during the 2013 earthquake.

Secretary Roger Mercado, Sadain, DPWH 7 (Central Visayas) Director Edgar Tabacon, and other DPWH officials had an aerial view of the bridge in Loay town on January 5 aboard a military chopper while en route to one of the Typhoon Odette-hit municipalities, Trinidad, for a meeting with local officials led by Governor Arthur Yap.

Sadain has instructed Rose Lao of contractor Vicente T. Lao Construction and partner, Indonesia’s PT Wijaya Karya, to expedite the construction of the approach roads of the main bridge.

The new bridge crossing the Loboc River is designed as a Nielsen Arch bridge, spanning 104 meters with approach roads at Abutment “A” of 206 meters and Abutment “B” of 271 meters.

It spans the Loboc River, a major tourism destination, and offers an alternative route to the Billar man-made forest, as well as conservation areas for tarsiers and butterflies.

Bohol is among the most visited destinations of domestic and international tourists, known for the Chocolate Hills, tarsiers, and pristine beaches.