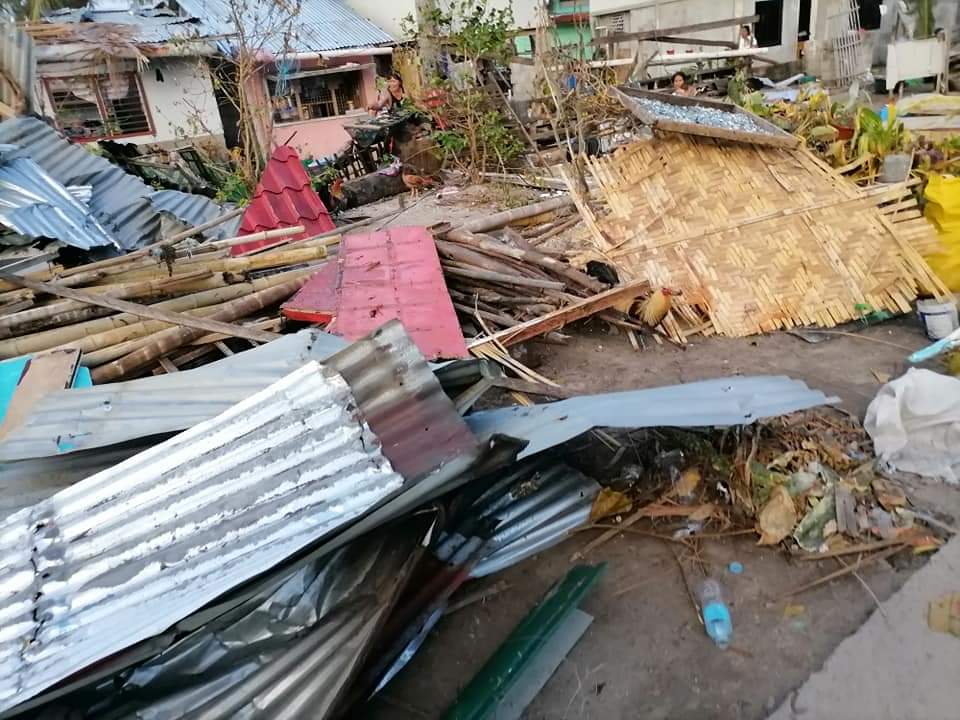 As the tropical storm Odette wrought havoc in most parts of Bohol, it did not stop a school security officer from doing her job and saving 62 people in the process.

It was supposed to be another ordinary day for Bilangbilangan Daku Elementary School (BDES) security officer Madeline Padillo, as there was not much to do since Coronavirus Disease (Covid-19) pushed education officials to halt physical classes for fear of encouraging local infections.

Securing a cluster of government buildings comprising the school compound, the task also includes reverting the school into an emergency evacuation area during calamities.

That was exactly what Padillo did on the evening of December 16, when Odette started to unleash her brutal gusts that launched roofs, crumpled tin sheets like paper and toppled houses like they are matchsticks.

As early as 2 PM, she had opened the school gates, upon hearing from the local advisories of the forced evacuation as the state weather bureau issued red rainfall warning for storm Odette.

Barrelling through Central Visayas at 25 kilometers per hour, Odette was slated to make her fourth landfall in Bohol.

With a cloud cover reaching a massive 480 kilometers from the eye of the storm, Padillo was sure Bilangbilangan would be hit, even if not directly, by the storm.

But, with the island surviving much stronger typhoons, not everyone knew the fury they are about to squeeze through.

Not a lot of people came to evacuate, most preferred to stay inside their houses and to weather it out.

Until the power lines started snapping, the tin roofs flying everywhere and houses buckling in the lashing winds, blinding torrents and windblown debris.

What triggered the belated evacuation was the storm surge that washed across the island and brought breast-high water and dangerous floating debris.

But even then, people were blindly disoriented in the dark surging waters.

That was when the adrenaline kicked in Padillo.

Grabbing a flashlight, she braved the rains and gusts to get to were she sees flashlight beams to guide them to the school where a few families were already secured.

By secured, she means safely behind cement walls, even if the surge has gotten to their feet.

“Over here, over here,” her hoarse voice gnashed as she recalled the action she got herself into.

One after another, she fetches the families from slumped homes and emerging from the debris.

“One time, I was too tired to go out but then there was a faint beam of light signalling help. I summoned the last strength that I had, darted under fallen branches and skirting debris, to get to the light, whoever was in it.”

It was an old man, too weak to walk, she had to half-drag him to safety. Just as they stepped off, a huge tree came crashing and covering the space the man was crawling at before.

” It was a near death experience, but we were safe, and cramped in a classroom, with water rising to the waist.”

That time, the wind has shifted and was blowing in the opposite direction, and the waves have already crashed the school perimeter fence.

I was strictly instructed to secure the computer room, but that was also the safest part where the evacuees can seek refuge. I had to decide, and I broke the padlock, to let the people in.

As we slowly moved the evacuees to higher ground, I was waiting for another three or four huge surges to come to wash into the slowly emptying room.

“It was just a miracle no such second wave came, for if it did, many would have died,” she said, her voice hoarse from shouting during the ordeal.

All in all, Padillo was able to safely secure 62 persons: adults and kids in the school, all shuddering at the near death experience they had.

No one died in Bilangbilangan Island that night the typhoon brought a surge crashing into the houses and literally changing the island’s skyline. (rahc/PIA-7/Bohol)