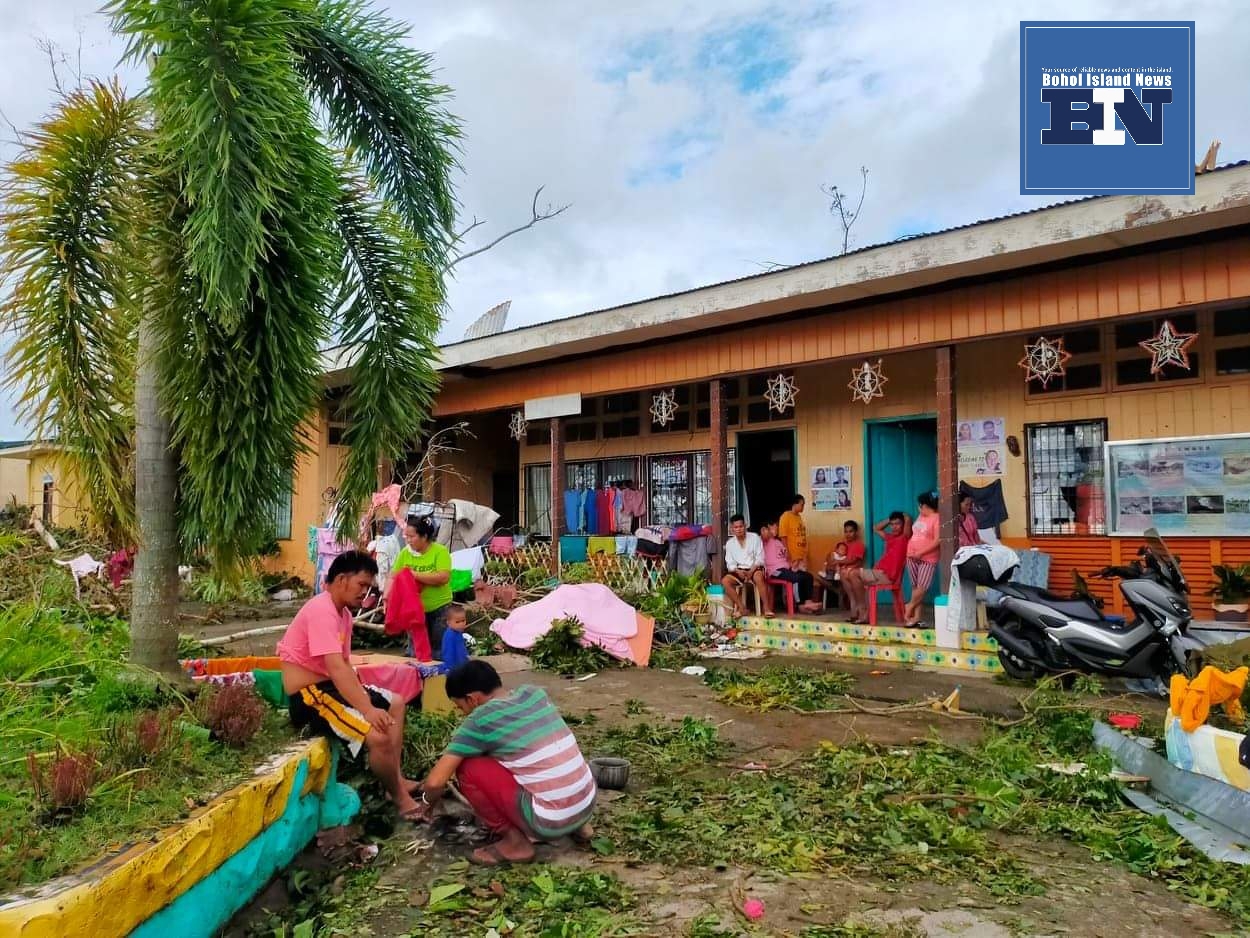 Luisa Autida and her family spent Christmas in an evacuation center at Ubay Central Elem. School in Ubay town.

Autida’s family was among the people who have lost their homes due to strong winds and rains at the height of Typhoon Odette.

Autida, 51, said she was thankful to God that they were safe.

In Trinidad town, Jacky Gonzales and her family spent Christmas at her destroyed house in Barangay Cabiguhan.

She said they just slept on Christmas eve since no relief packs were given to them.

While the rest of the country were busy preparing noche buena or attending parties, more than 26,000 persons displaced by typhoon Odette spent Christmas inside evacuation centers in Bohol.

A huge majority of the evacuees were from Ubay town, the hardest-hit.