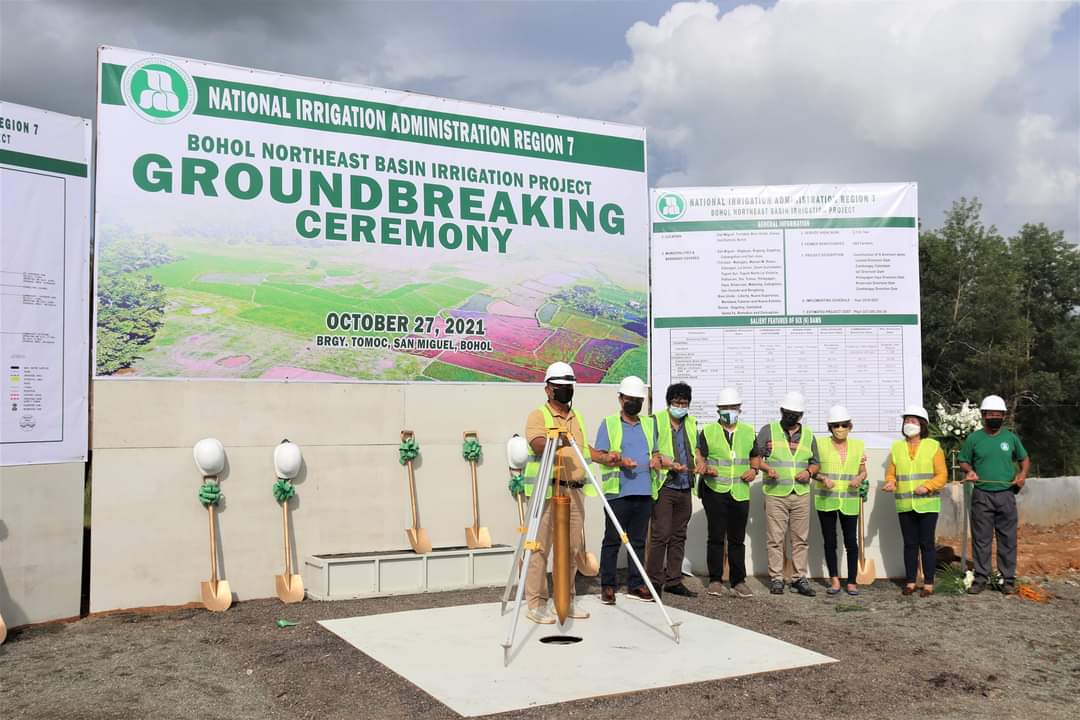 Farmers from 32 barangays here in Bohol hope that the implementation of the P1.537 billion Bohol Northeast Integrated Irrigation Project (BNIIP) would deliver irrigation water to the rainfed ricefields of 32 in four towns the project covers, as promised

During the ground breaking of one of the six series of dams that comprise the BNIIP, irrigation association representatives air their hopes of much better harvest with the irrigation service when completed in 2027.

According Visaya, the project is expected to increase the irrigated areas, cropping intensity from 114% to 200%, and rice production of the areas with a goal to provide efficient, reliable, and sustainable irrigation service to the local farmers, and reassert Bohol’s claim as rice granary in Central Visayas.

The integrated irrigation project features the construction of 6 series of dams that is set to flow into some 2,133 hectares of rice farms in the towns of San Miguel, Danao, Trinidad and Bien Unido.

NIA estimates some 683 farmers in 30 barangays of these towns of the 2nd District of Bohol to benefit from the project but irrigators associations said the economic ripples of the irrigation can go beyond the farmer families and into the communities of the general area covered.

The Isumod diversion dam, for example, can serve some 213 hectares of rice farms for the June to October and November to March cropping, in the farms of Dagohoy, Cantubod, Sta Fe, Remedios and Conception, all in Danao, when a main supply canal would be built to pour water into these barangays and irrigate some 61.14 square kilometer of drainage areas.

From the Cambangay catch dam, a new supply canal would be built to flood irrigation services to 325 hectares by connecting a supply canal from Cambangay catchment dam to Hinlayagan Ilaya dam and then to Kinan-oan dam, serving a total of 814 hectares of rice farms in the June to Oct and 242 hectares in the Nov to March cropping.

From Ipil, a supply canal would bring the water to 1,106 hectares of rice farms, providing water to 625 hectares in the rice-planting months of Jun to Nov and the from July to Oct where 629 hectares from Trinidad to the underserved rice farms of Bien Unido, would benefit.

Also present were farmer beneficiaries of the project. (rahc/PIA-7/Bohol)