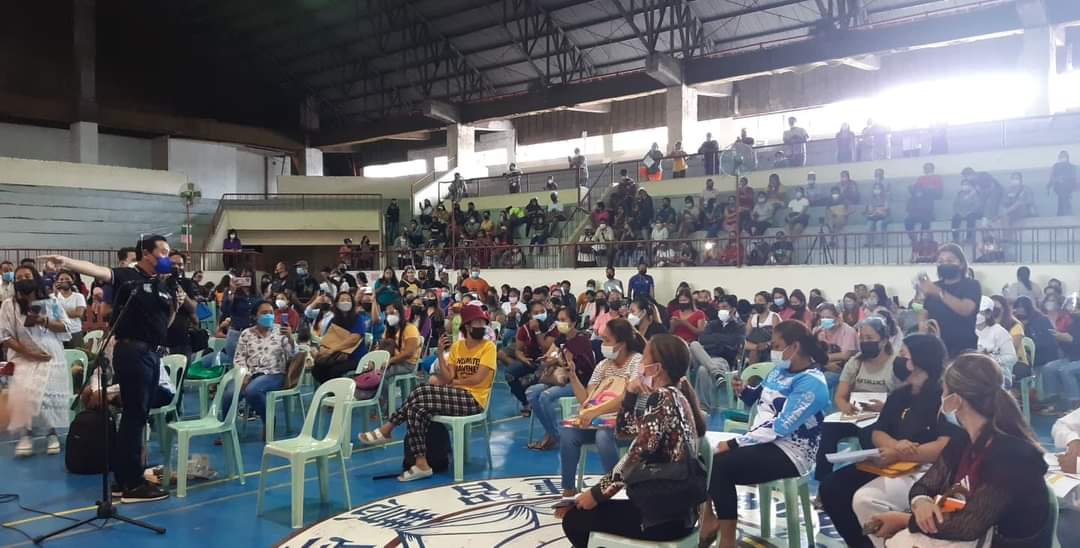 Gov. Arthur Yap on Monday faced the victims of the “ripa” scam who flooded the Bohol Wisdom School gymnasium who were seeking help from the provincial government.

There were 150 affidavits filed by buyers and resellers.

There were 55 administrators identified.

Yap issued EO 49 setting up a task force investigating the widespread fraud that took place here in Bohol that victimized hundreds of investors.

The task force is also tasked with assisting the victims to file a formal complaint to the court against the people who are the masterminds of the scam.

Yap said they will prioritize action to salvage or save money from investors or buyers who get caught and follow up on prosecuting masterminds or those who support such fraudulent methods.

Yap said victims from towns can go to the police stations to file complaints.

The Bohol Wisdom Gym will still remain open for a week to receive people who would like to avail of our free legal assistance.