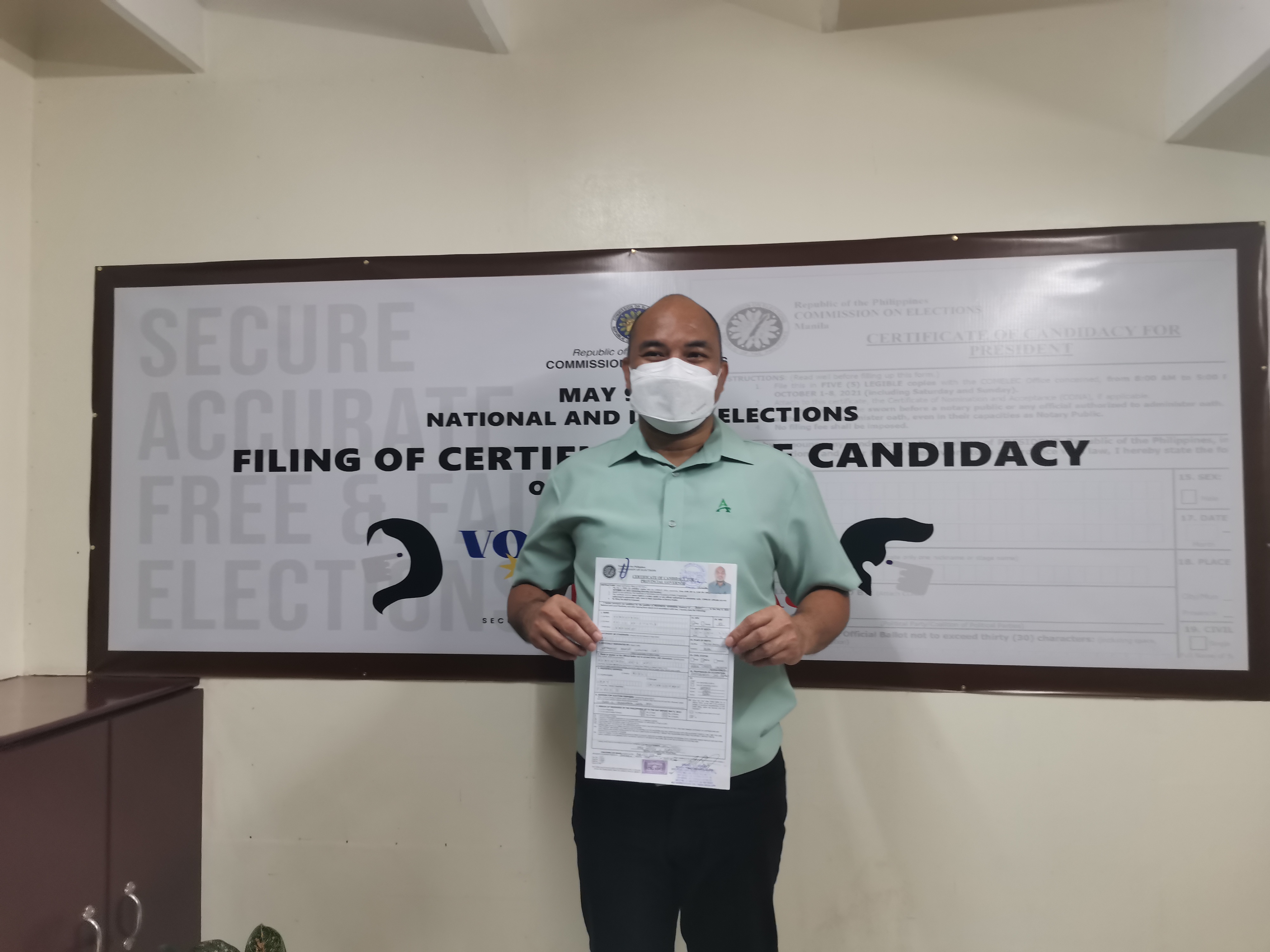 Bohol 2nd District Representative Erico Aristotle “Aris” Aumentado filed his certificate of candidacy for provincial governor before the provincial office of the Commission on Elections on Friday, October 8.

He was accompanied by his runningmate senior board member Victor Balite.

He said he would create the economic zone of Bohol to provide jobs.

Already serving his third and final term as a congressman, Aumentado is facing incumbent Governor Arthur Yap who is seeking reelection, Concepcion Lim and Hercules Castillo.

Aumentado became chairman of Sangguniang Kabataan (SK) in 1996–2001. He served as chief of staff of his father, Erico, until he was designated by the House of Representatives as the caretaker congressman of Bohol’s second district to serve the remaining seven months left of his father’s term in December 2012.