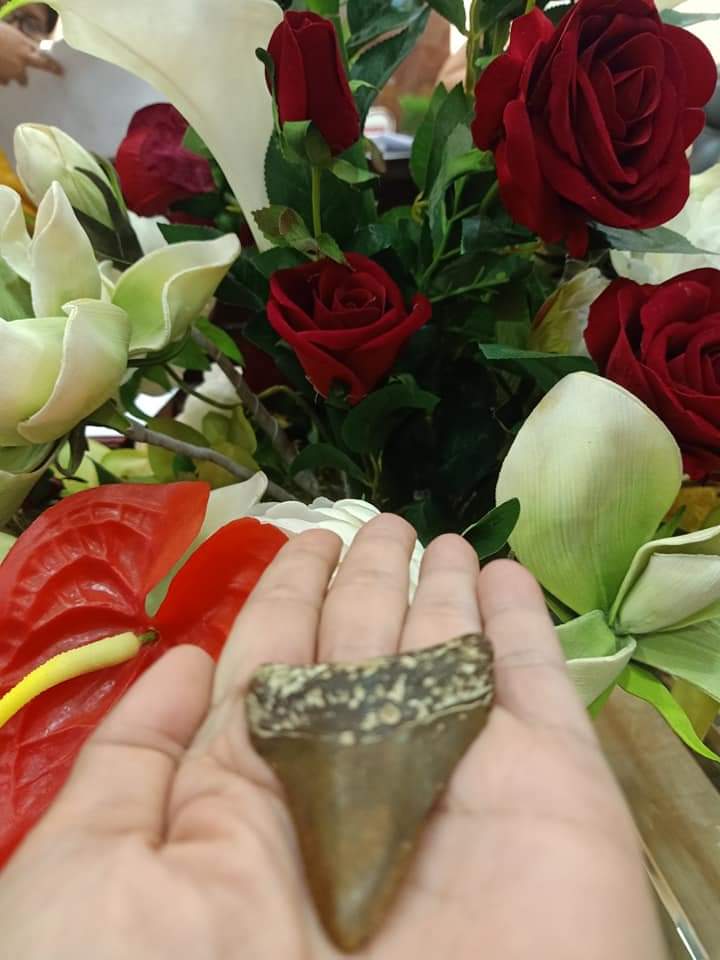 It was the third Otodus Megalodon specimen found in the province.

The first megalodon tooth was found by Venjo Busalla,l at Maribojoc’s town plaza in 2018. It is currently on display at the National Museum of Natural History in Manila.

The second tooth was discovered by Christian Gio Bangalao in Barangay Jandig, of Maribojoc town. It measured 7.6 centimeters x 6.5 cm.

Megalodon shark is an extinct species of mackerel shark that lived approximately 23 to 3.6 million years ago, during the Early Miocene to the Pilocene.

The tooth was formally donated to the National Museum – Bohol in the presence of Mayor Elizabeth Mandin- Pace and Vice Mayor Esteban Angilan Jr.

The National Museum of the Philippines has yet to examine the specimen.