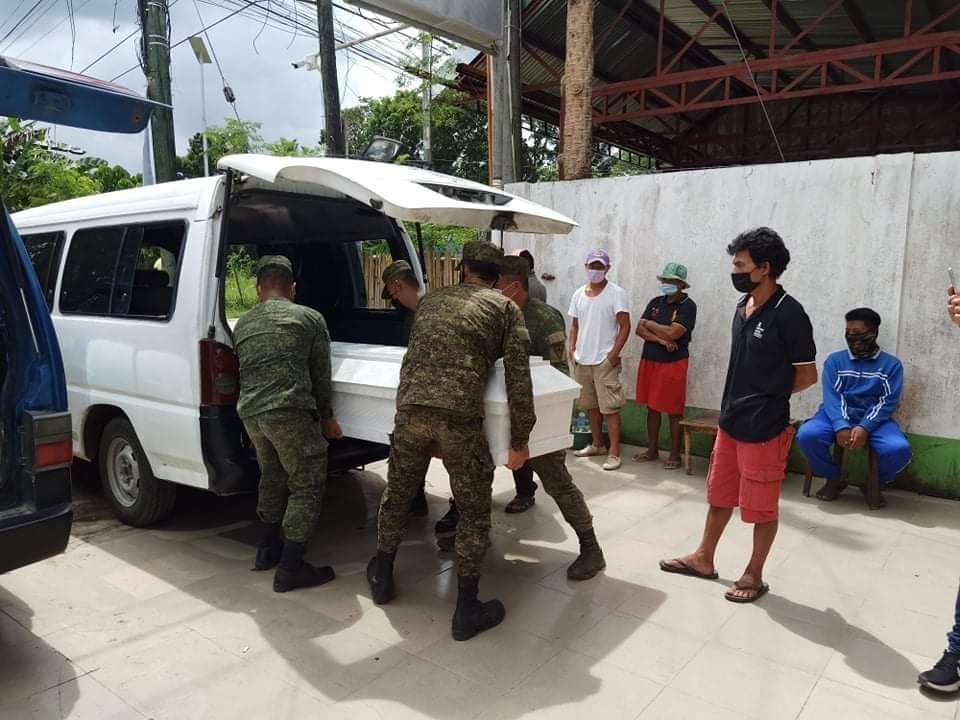 The families have already claimed the remains of the Communist Terrorist Groups (CTG) members who were killed during the encounter in Barangay Cabacnitan, Bilar on Tuesday, May 25, 2021 between the 47IB and the New People’s Army.

After the encounter, the 47th Infantry (Katapatan) Battalion immediately took the corpses to the Funeral Home in Sagbayan so that they will be given a decent and proper arrangement of burial before being given to the family. The concerned Local Government Units were also informed for immediate assistance they can provide to the bereaved family.

It can be recalled that there are many cases where the NPAs who died in an encounter are just abandoned by their comrades or buried in the forest without the knowledge of the family. And that is what our armies, especially our government, do not want from our countrymen who have only fallen victim to the false ideology of the communist terrorist. Our government is doing everything it can to provide for the needs of the family.

“There are numerous communist terrorist group members who lost their precious lives and their families mourned for their loss. We hope that those remaining members who are still hiding should think that no matter how much they put in the effort to serve their terrorist organization there will still a chance that they will be abandoned by their group especially at a time like this”, said 1Lt Elma Grace Abulencia, Civil Military Operation Officer.