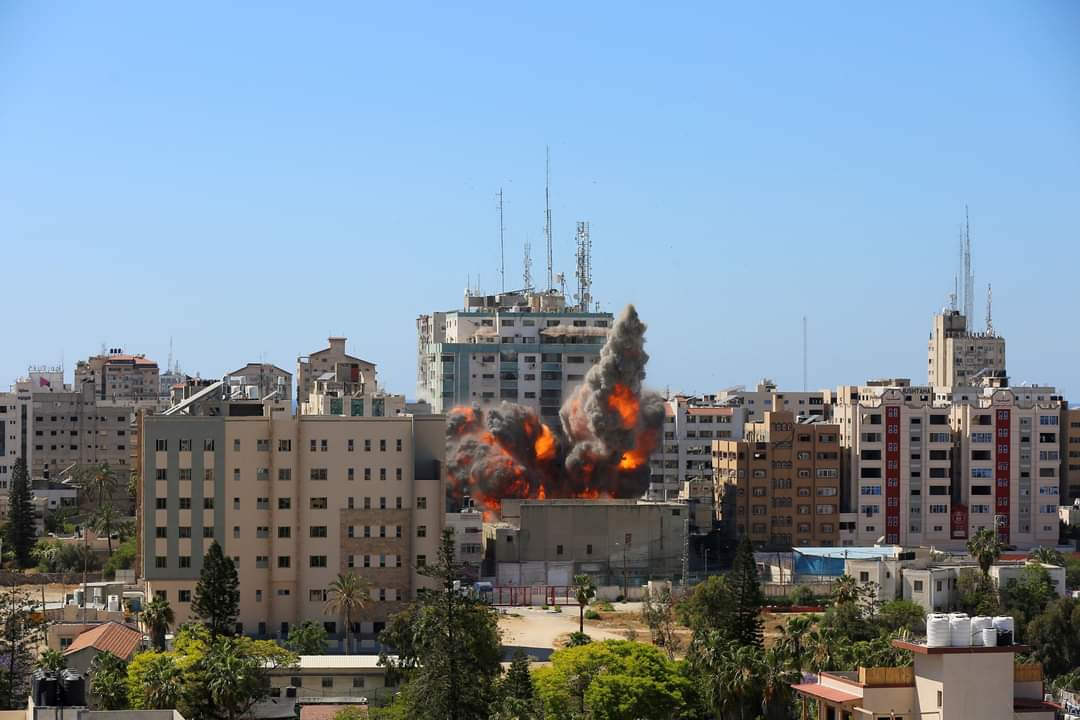 An Israeli airstrike destroyed a high-rise building in Gaza City that housed offices of The Associated Press and other media outlets hours after another Israeli air raid on a densely populated refugee camp killed at least 10 Palestinians from an extended family, mostly children, on Saturday.

The strike on the high-rise came nearly an hour after the military ordered people to evacuate the 12-story building, which also housed Al-Jazeera, other offices and residential apartments. The strike brought down the entire structure, which collapsed in a gigantic cloud of dust. There was no immediate explanation for why it was attacked.

The earlier Israeli airstrike on the Gaza City refugee camp was the deadliest single strike of the current conflict between Israel and the militant group Hamas. Both sides are pressing for an advantage as cease-fire efforts gathered strength.

“We are shocked and horrified that the Israeli military would target and destroy the building housing AP’s bureau and other news organizations in Gaza. They have long known the location of our bureau and knew journalists were there,” AP CEO and president Gary Pruitt said in a statement. Pruitt said that the bureau “received a warning” ahead of the strike, but called it “an incredibly disturbing development.”

“We narrowly avoided a terrible loss of life. A dozen AP journalists and freelancers were inside the building and thankfully we were able to evacuate them in time,” Pruitt said. “The world will know less about what is happening in Gaza because of what happened today.”

White House Press Secretary Jen Psaki said in a tweet that the White House had spoken to the Israeli government about the strike.

“We have communicated directly to the Israelis that ensuring the safety and security of journalists and independent media is a paramount responsibility,” Psaki said.

The latest outburst of violence started in Jerusalem and spread across the region over the past week, with Jewish-Arab clashes and rioting in mixed cities of Israel. With reports from Associated Press, CBS News, CNN