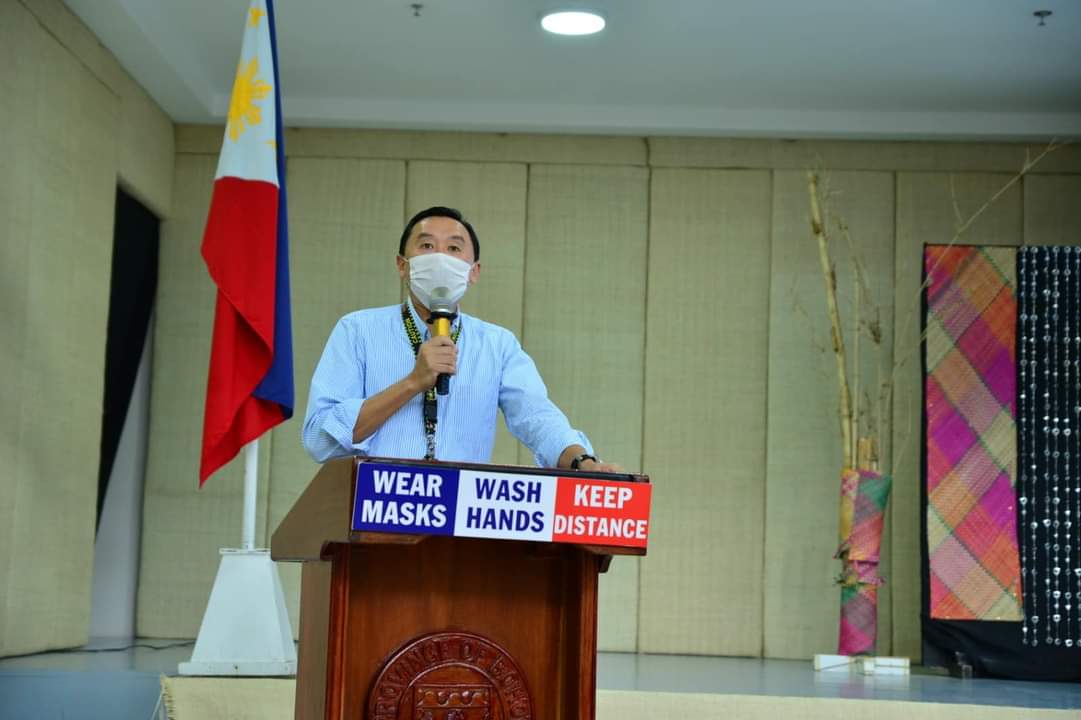 Governor Arthur Yap on Saturday said that Panglao Mayor Leonila Montero is endangering her town for failing to enforce the minimum health standards.

In a statament posted on his Facebook, Yap said Montero missed the point on his request to suspend the foam party of the controversial Amanzara Resort.

“The Mayor is missing the point. Amanzara does not have a fire clearance, has no business permit, and has no DOT accreditation. Why is she allowing it to operate? Is it not her duty to uphold the law? Her defiance is not in defense of Panglao tourism,” Yap said.

” She (Montero) is actually endangering her municipality, the whole Boholano community, and the entire Province of Bohol, by failing to enforce the minimum health standards,” he added.

She even personally checked the resort on Friday. It was found out that management followed the minimum health protocols.

Yap said the Department of Tourism (DOT) in Central Visayas said Amanzara Resort in Panglao is not a DOT- accredited entity and has no application online.

Yap said based on the amended Omnibus Guidelines issued by the Inter-agency Task Force (IATF) for the Management of Emerging Infectious Diseases, only hotels or accommodation establishments with valid DOT Accreditations shall be allowed to accommodate guests and clients for legitimate purposes under a state of public health emergency.

The operations of such hotels and accommodation establishments, as well as ancillary establishments within their premises such as restaurants, cafes, gyms, spas, function halls, and the like shall be subject to guidelines issued by the DOT and the IATF.

Bishop Abet Uy of the Diocese of Tagbilaran condemned the foam party, saying “doing a foam party with topless women as entertainers is wrong because women are treated as objects, no longer as subjects or as fellow human beings.”