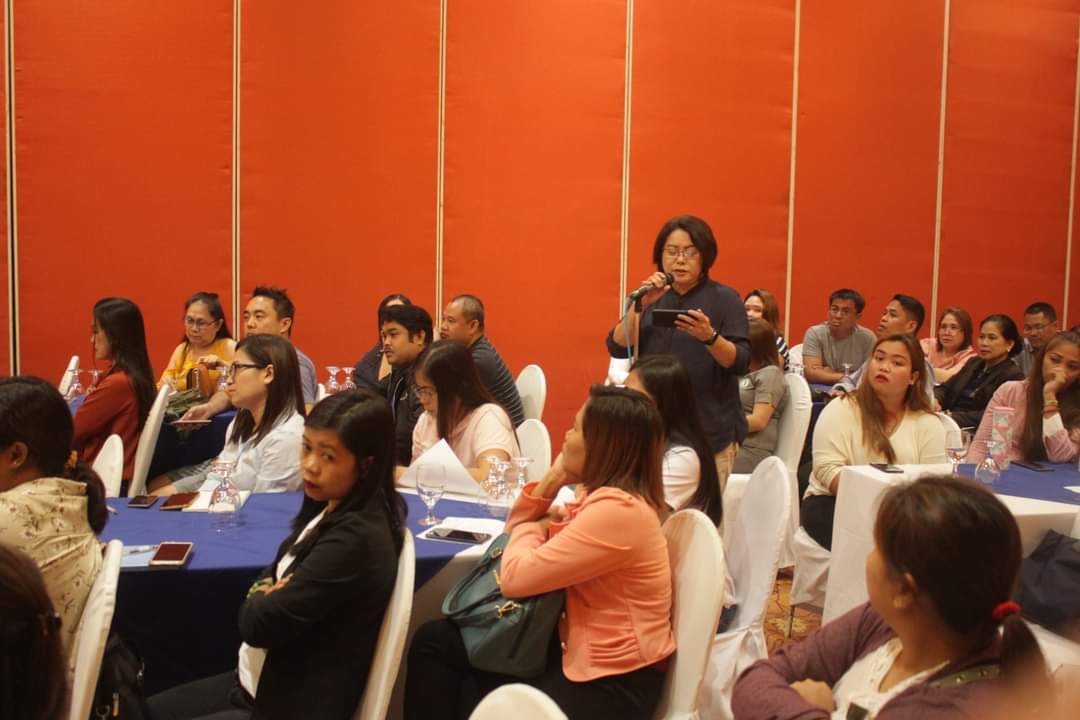 The labor department’s order to implement the P18.00 pay differential for private sector workers who were deprived of the wage adjustment in 2020 would boil down to some P5,000 add-on to the family’s coffers.

The order, which should have effected last January 5, 2020, has been held in abeyance in lieu of a motion for reconsideration filed by Bohol Chamber of Commerce and Industry (BCCI), whose leaders think that an P18.00 wage increase would force losing businesses to close shop, downsize or retrench, all of which would impact on the overall employment landscape here.

With the new order, daily wage earners who were deprived of the latest round of wage increase, would get P18.00 (daily) to P28 wage increase which effected January 2020.

Employers in all parts of Central Visayas, who have not yet complied with the existing Minimum Wage Order since its effectivity early last year are mandated to conform with it and pay their employees salary differentials, orders the Department of Labor and Employment (DOLE).

The labor department stressed the Regional Tripartite Wages and Productivity Board (RTWPB-7) resolution that said all employers should have abided by the provisions of said Wage Order, which became fully implementable effective 05 January 2020 in all provinces of Region-7, Bohol included.

This too, as the pandemic has forced the Board to postpone another round of law- mandated wage fixing assessments, wage review and determination.

By law, within sixty (60) days prior to the anniversary of the Wage Order, the Board may start the process of minimum wage determination. This should have been in October of 2020.

To recall, it was in October of 2018 when the RTWPB-7 conducted wage hearings across the Central Visayas to be able to weigh on a win-win labor and management situation with the current increase in cost of living and other factors that would redound to industrial peace in the region.

That time, in the wage hearing held at the MetroCentre Hotel in Tagbilaran, Bohol Chamber of Commerce and Industry proposed a wage increase moratorium, while an aggrupation of five labor groups calling themselves Bohol Alliance of Labor Organizations, appealed for a P48 across the board increase.

Across the regions, RTWPB sources said majority prayed for wage hike, which the Board agreed, but said it has to weigh on an “everybody happy” formula.

By the beginning of the year and in compliance with the law asking the Board to review the regional wage classification a year after the last wage order, the Board through the DOLE released its wage order ROVII-22.

Covering all private sector workers is the wage order that simplified the workers classification according to regions from 4 categories to 3, and so also with the sectoral classifications.

Non-agricultural sector workers in Tagbilaran City in Bohol however, which has P 338 daily wage rate as per RO VII-21 gets P28.00 daily increase to earn P356, starting January 5, 2020.

Agricultural sector workers here in Tagbilaran which used to get P313, gets P48 daily increase in wages to earn P361.

For establishments employing less than 10 workers, those who were paid P333 will now get P351.

As this Wage Order came out, Bohol businessmen under Bohol Chamber of Commerce and Industry, especially those who were into tourism have aired losses due to the repercussions of temporarily closing Boracay and the global slow-down in travel due to the diseases, resorted to the local courts appealing for a temporary restraining order for the immediate implementation of the wage hike.

According to DOLE, while Bohol kept a moratorium, the rest of the Visayas implemented the wage order.

Sources at the BCCI said they are still filing for an appeal, but DOLE has encouraged employers to start paying the back wages.

“Workers in Central Visayas, whose employers did not conform to the prescribed minimum wage rates under Wage Order No. ROVII-22, are expected to get paid with their salary differential beginning 05 January 2020,” a press material from the RTWPB states.

“Establishments in all provinces of Central Visayas should be able to check whether or not they’ve abided by the provisions of the Wage Order. In the event that they failed to comply with the minimum wage rates applicable in their respective areas, then they should now start looking into the salary differential that they must be paying their workers,” added the Regional Head.

Based on the NWPC Guidelines No. 03, Series of 2020 or the Omnibus Rules on Minimum Wage Determination, the Wage Board may begin determining the applicable wage rates through (a) Motu Propio by the Board or when it initiates actions or inquiry to determine whether or not a Wage Order shall be issued and (b) By virtue of a Petition.

Before any review is done, Director Siaton said that it is important to determine whether or not establishments have abided by the rules of the existing Wage Order.

She urged employers to check their compliance with the minimum wage law and make sure to pay workers with salary differential if they have not yet complied with the Wage Order. (rahchiu/PIA-7/Bohol)