FEATURE: Getting a garden farm fill at Teofils 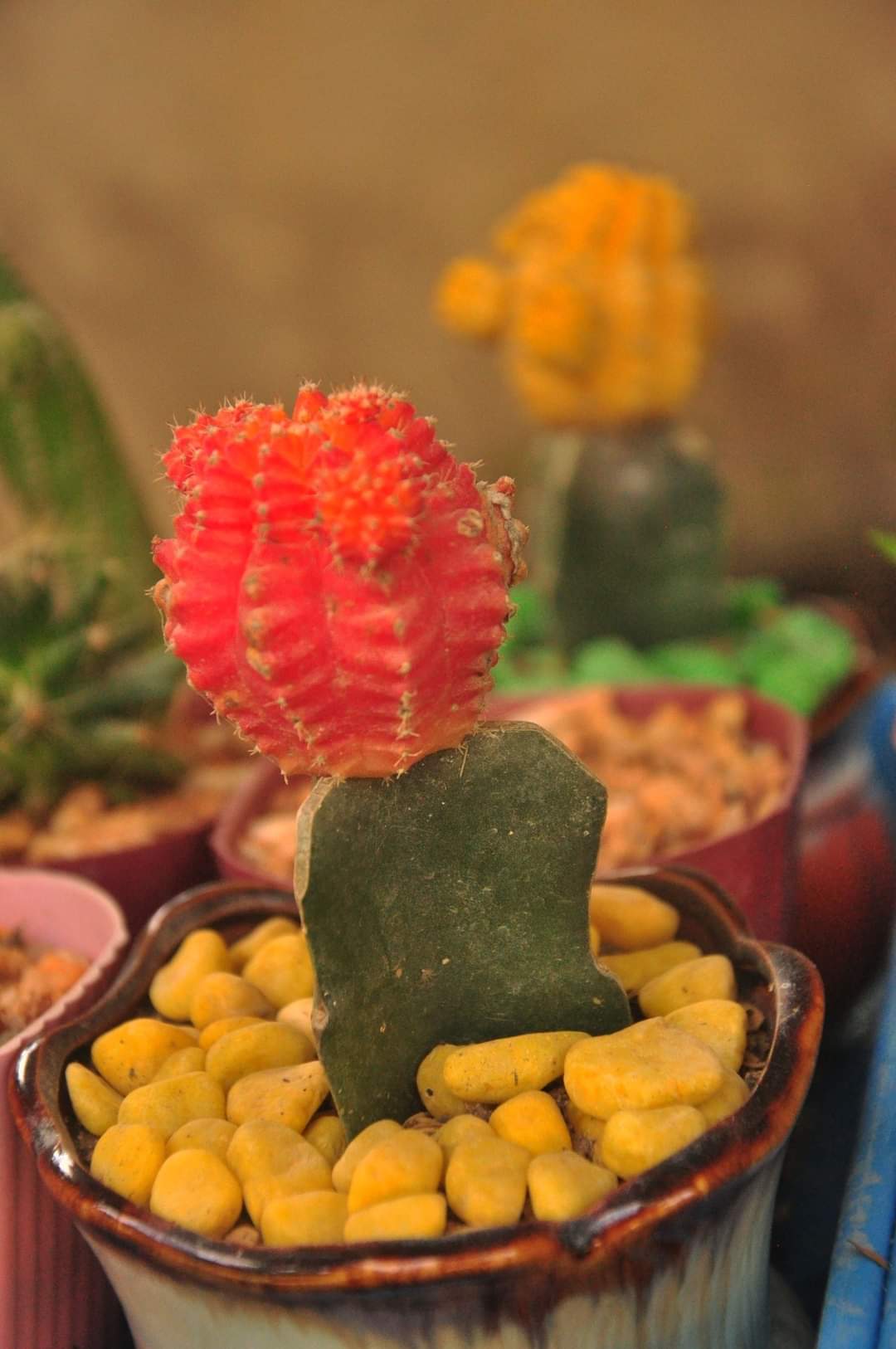 Raising hogs for special occasions in Bohol used to be long and laborious, but the fruits are far more satisfying than the deliciously satisfying meat.

Here in Purok 7, Gabi, Ubay, one farm family has decided they have had enough of the expensive commercial feeds and its effect to the boosted growth of hogs, losing that taste that has captivated the Boholano taste buds for time immemorial.

Situated a few kilometers off a giant feed mill here in this largely agricultural town, Teofils Farm here is snorting off the prospect of easy and quickened growth of their native black hogs, one that farm owner Victor, has been accustomed to growing since childhood.

Himself an Ubayanon from Barangay Camambugan, Victor has been into livestock as evidenced by his passion for native chicken, ducks, turkey, geese, rabbits, love birds and even a python in his daily feeding routine. This is his other passion when he is not formally engaged in construction work.

The farm’s pig sty is not as far from a typical backyard pigsty, wide airy cemented cubicles and small exits at the back where the litters can go out and join other piglets in a mud roll and play tag.

When one is joyfully watching the contented hogs lying to cool off, one would not notice the absence of smell always associated with animal odor, much more pig dung.

“Tangkong, rice bran (tahop) and azolla mixture for our feeds, or whatever is available for the day, shares Victor, 59 years old and a real livestock lover.

At times, they also use Madre de agua leaves (from fodder tree) they used as hedges and farm area separators. Madre de agua is also a great fodder and animal feed supplement.

“…ug kinagod lubi, he adds, while showing off his pigpens that contain a separate communal compartment for piglets that can slip through the iron bars that protect these young pigs from getting laid upon by the sow.

The native pigs, although relatively smaller than the boosted growth as brought about by commercial feeding, are generally active, climate adaptive with shiny flat butted wigglers that are the excellent mark used by the buyers.

“We are excited because the Department of Agriculture is buying our native pigs for the government’s livestock dispersal projects in town,” revealed Victor who has to stop his daily routine with the animals to meet us.

In a far shade is a robust carabao and a cow obliviously chewing cud, fat and yet not overly indulged, something that would be an envy to draft animal farmers.

A patch of napier grass, bright green and tall sway, ready for another round of harvest. The bleating of goats nearby could also be heard. This is Teofils Farm.

Perfectly camouflaged by a car wash frontage and a family home that is not usual for farmers, the farm in fact, only came after the family decided to go showcase its integrated diversified organic farming technology, which made them a part of the Department of Agriculture-Agricultural Training Institute’s (ATI-7) network of learning sites for agricultural technologies.

Upon casual look, Teofil Boaquin, 51, Victor’s wife projects the image of a typical public school teacher; cool, methodic and efficient at what she does. Principal, she is at the nearby Pag-asa Elementary School with more hours holding a pen than a trowel as a flower enthusiast.

“It was always Teofil, she has always placed planting, housework and cooking in her daily schedules,” Victor shares, with the wife well within earshot.

Born in Gabi Ubay, Teofil has inherited from her grandmother a hectare of land planted to coconuts and lemonsito.

She shared that in college way back in 1992, she would meet at the terminal, huge baskets upon baskets of thousands of lemonsito which she sells then at P15 per 100. By then, she has all to herself the sales.

“Even as young lady, she has been into planting ornamentals, while I have been into livestock,” Victor said, careful to distance himself with the CoVID scare still real.

“And the lemonsito, she is very adept at grafting and marcotting, a skill that she has also expanded to foliage materials including the ever requested pandakaki,” he went on.

A self-confessed nature lover and flower enthusiast, Teofil has in fact helped convince his husband to go into planting.

“He was not into planting and would be mad everytime I would bring in new plants to propagate.

That is, because he would have to see my paper works pile up while I devote times at the garden,” Teofil shared.

Until he became a barangay kagawad Agriculture chair, when he learned the good side of being a plant lover.

Placed under the shades of trees in this farm is a paradise for trending plantitas.

Wide varieties of calatheas, coleus, bromeliad, philodendrons, mellionas, pop-eyes, monsteras especially the deliciosa variety, cobra ferns and cardboard ferns, some of them placed in plastic basins or pails converted to pots, rest under the shade of a mango tree.

Hidden in plain view, beside the hall is a collection of succulents: moon cacti in candy lemon yellow and strawberry red decorate the tips of another cactus specie, sit on porcelain cups.

Teofil admits she collects plants when she joins garden shows and occasionally goes outside Bohol to visit places and never forgets to bring home something her ornamental collection lacks.

Here in the hall, just behind the wall where a videoke machine sits on the side, a television hung by a contraction from the ceiling and a stack of plastic chairs, is a makeshift grill, and a public restroom.

In 2004, when the government through the National Irrigation Administration constructed the diversion canal from nearby town to Ubay, the couple thought converting the coconuts and lemonsito to rice would give them the additional income they dreamed of.

“Then we realized there was not much water to get to our rice-field, as Bayongan has prioritized areas near it or the farthest from it,” volunteers Victor, who added that the farm sits in the middle of the stretch or lateral canals and could not get as much water as those situated at both ends.

“At times, we could only get water for one cropping, which had us thinking lemonsito was better,” Victor, who was still in his farm boots and work shirt confessed.

This also opened up the possibility of a backyard aquaculture.
Venturing into a fish pond as a better alternative to have over rice which needs more water every cropping, Victor talked with the Bureau of Fisheries and Aquatic Resources (BFAR) so he could get some kind of assistance.

Not long after, BFAR dispersed tilapia fingerlings in his fish pond which was dug out of a rice field then.

Months later, following the feeding guide and the proper fish care, his tilapia, which they nourished with azolla again, grew bigger and bigger, prompting their friends to come and fish.

“While they like to catch fish, we decided to put up a board walk, this would put our guests in the middle of the pond, for a better chance at getting the bigger fish,” Victor shared.

“They pay P130, for their catch which they also cook in the farm, Teofil excitedly interrupted, during the interview inside the hall which has been erected to house the increasing number of guests.

The new added attraction was a hit as friends came it and talked about their experience, sharing it to friends and we were already having crowds every weekends, Victor commented.

Now, their backyard aquaculture is also an accredited BFAR organic aquaculture learning area, which also presents aquaculture for recreation which brings in even more profits.
Work in the farm expanded too, for the Castros.

Ryan Isidore, 32, who is now a nurse and is presently into networking and stranded in Cebu now, is funding the farm development, while Desiree Love, 24, a public school teacher assigned in another barangay in Ubay, is claiming the kitchen as her domain and work share.

Lyric Jay, 22 who studies Civil Engineering at Bohol Island State University, is in charge of the family’s laundry and owns the washing machine. When not lording it over the washing machine, he maneuvers the grass cutter to clean up the farm from grasses. He also plans the overall layout of the farm.

Rachell Dawn, 18 is getting herself into the farming groove and is taking care of the farm’s guinea pigs and hamster, feeding and maintaining their cages. She has wanted to go their way as an agriculturist, the parents said.

“We are happy that she told us Rachelle Dawn is getting into agricultural engineering,” she excitedly revealed.

On the other hand, Karyn Fehl, the youngest at 16 takes care of the rabbits and lovebirds, while their parents start their days early, before their mother goes to school.

Days start off early for the Castros. At 4:AM, the couple wake up and start watering their plants and ornamentals, and by 7:00, it is on to breakfast and school, while for Victor, his whole day full time job shifts to full gear.

“I recently organized them, because is not getting heavier and heavier for me to own up all the potting and bagging. And I was really inspired to see the bougainvillas in a friend’s farm. Besides, it is good that they pick up the craft while we are still here, who would know what life would have for us?” she bared.

She said Karen and Rachell helps her in grafting, marcotting and bagging the plants, getting their share when the plants are sold.

“I’d would really like them to know how to do things, as this has been our source of income other than the salary. This has greatly helped us in the kids’ tuition fees, especially now that we have Desiree and Jay in college, she pointed out.

At a time when they have just emptied the pond for another cropping, the couple has seen a tighter source of income, but then, ornamentals and the flowers have kept them afloat.

“Very soon, NIA is offering us a deal, they would give us the water for the pond, and we would be their showcase for value adding in irrigation water,” Victor also volunteered the information.

The farm has also some paddies planted with the heirloom rice variety: the climate change resistant upland rice, of which some bundles of seeds for replanting, they keep in their hall.

In Bohol where most farmers have already shifted to the input-heavy hybrids or certified seeds for planting, the Castros stick it out with the lubang, knowing that organic fertilizer and the existing technologies have been developed in getting the most from the soil.

Farming differently has been the Castros chosen path, and it might not be good being alone in a widely agricultural town that has made the change for the modern and costly technologies for hybrids and inorganic fertilizers.

But then again, amidst the changing farm life, the family makes it feel somehow refreshing that amidst the vast rice fields, an oasis, where organic technologies subsist and assert its capacity to lead a farming revolution towards what is aesthetically sound and environmentally light.

Teofils Farm is that place to have your fill of the aesthetically beautiful ornamentals, the distinct taste of backyard grown food that has fed forefathers, that kind of food that every Boholano taste buds would like to home and own. (rahc/PIA-7/Bohol)