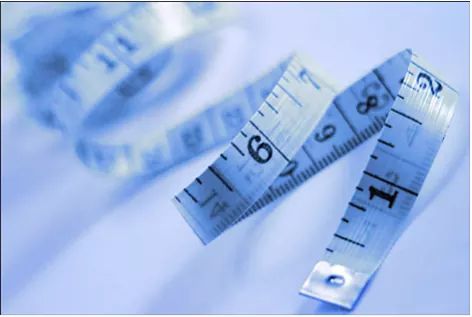 There are shocking sexual practices that Filipinos still do today.

For one, some men still believe that size matters.

1. Inserting ‘Bolitas’
Some Filipinos are known to insert ‘bolitas’ into their sexual organ in order to enhance their partner’s sexual experience.

Even in pre-colonial times, some of our ancestors used to insert all sorts of implants and adornments into their genitals with the belief that these could provide sexual satisfaction to their partners or be an “enhancing factor” to their masculinity.

‘Bolitas’ or round pellets are made of plastic, beads, fiber glass, ivory and jade. It may come in different forms (from inflatable cylinders to semi-rigid rods or round), but the most common in the Philippines is the round pellet.

Research suggests that bolitas is very common with Filipino seamen.

Some residents in Bohol who had tried it commented a few times that “bolitas” makes women crave for more in bed.

In other words, it is a source of a very “fulfilling night”!

In 2010, Vencio (real name withheld), a 48-year old security guard in a mall, decided to insert ‘bolitas’ after his friends shared of their sexual flares with different women.

A friend performed the “operation”. He said he noticed a change in him– his confidence doubled and considered it as his “agimat.”

“All my girlfriends are really satisfied,” said Vencio who didn’t see any problem after he had them.

But it’s a different thing for Joshua (real name withheld). After his friend inserted three bolitas, he developed a fever that he was rushed to the hospital in Carmen town. The doctor removed the bolitas because of complication.

A study said it has yet to be known, though, how long “bolitas” can stay inside a man’s genital.

Also alarming is how the ‘bolitas’ are inserted into a man’s sex organ. Doctors said it is dangerous if performed by non-medical practitioner.

Other men are also injecting their parts with melted peroleum jelly or mineral oil to increase girth. The bigger the girth, the better.

Jay (real name withheld), 27, a construction worker in Panglao, underwent the enlargement procedure after his co-workers pressured him.

But days after the operation, his genitals also reportedly hurt after the injection.

He said his girlfriend didn’t want to make love because she felt pain.

Jay’s friend Glenn noticed a change in the size of his genital. He said he was satisfied of the results.

However, an increasing number of complications arised after the procedures since sometimes this is self-performed, are being observed in Bohol.

Last year, two men were hospitalized at a hospital in Tagbilaran after undergoing the procedure.

In order to remove the foreign bodies, as well as the infected and necrotic tissue, the complete epithelium had to be radically excised.

Doctors have discouraged this dangerous practice. They said it’s cheap but it has fatal side effects.

This is, according to those who tried it, one of the sexual accoutrements used by Filipinos to be able to sexually stimulate their partner.

Some Maritime students from Bohol who have their sea trip say they stormed downtown Cebu to look for “pilok sa kanding”.

Bohol Island News learned from some residents too that this is the reason why women “go crazy” about certain men because of this.

In downtown Cebu City, you can see a sidewalk vendor selling his wares including the “pilok sa kanding” for P120-P200.

It turns out they are made literally from the eyelids of a goat, and include the bristles or hair.

They are to be worn by the man to “enhance the evening’s performance”.

The “pilok sa kanding” should be soaked in a lukewarm water for about 10 minutes so that it is a bit more malleable and easier to don.

Now, goat’s eyes are made of silicon that one can order online for discreet shipping.