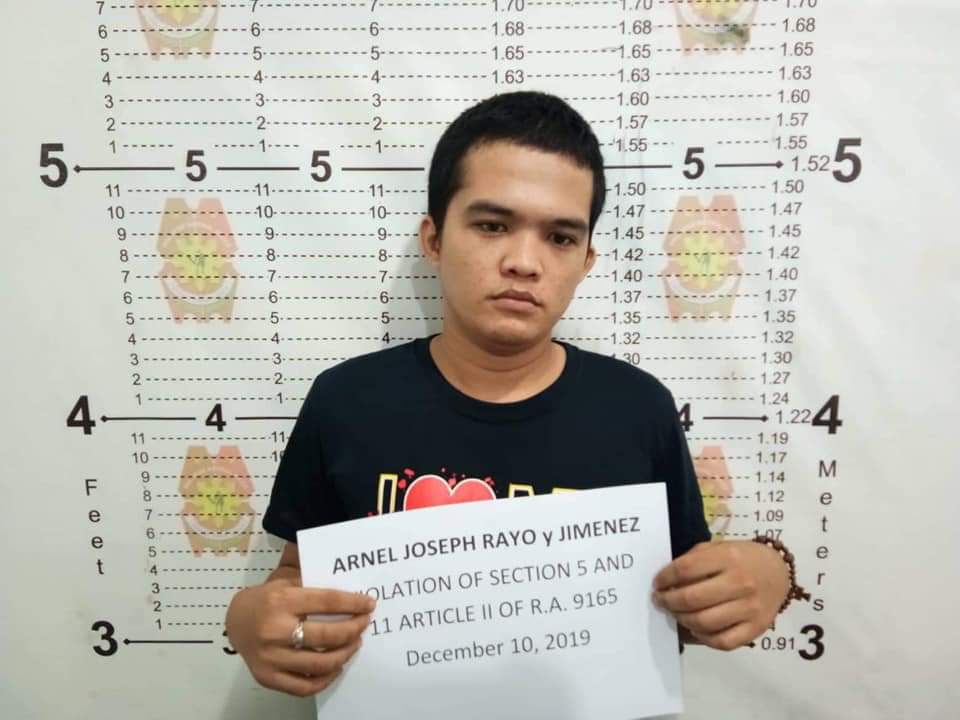 Rayo, who is included in the city drugs watchlist, was arrested at 11:35 a.m. on Tuesday, December 10, after selling crystal meth, or shabu, to an undercover officer.

He is detained at Tagbilaran City Police Station and a case will be filed against him for violations of the Comprehensive Dangerous Drugs Act.

Seized from the suspects were sachets of suspected shabu worth P15, 232.