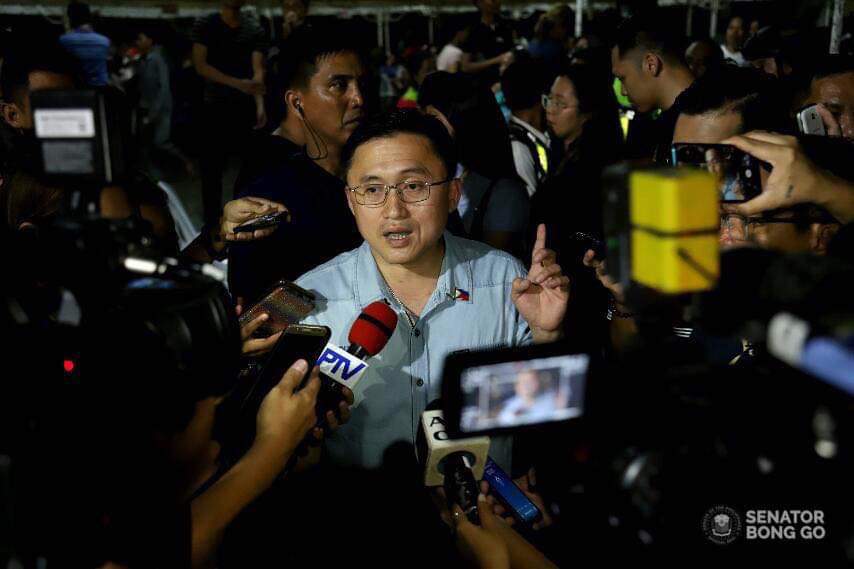 Go arrived in Bohol at past 5 p.m. from Tacloban City after attending the commemoration of the killer super typhoon “Yolanda” (international name: Haiyan).

“I personally express condolences to the sons and daughters of the late mother of businessmen Lucio Lim, Richard Lim, Elmer Lim, Ex-Mayor Rosemarie Lim-Imboy who are loyalists of President Duterte,” Go told reporters at the wake held at the Sto. Niño Chapel beside the family’s Soledad Suites along J. Borja Street in Tagbilaran.

Go said the Lims in Bohol are his relatives.

At 8 p.m., Go went back to Manila after visiting the wake.

Fondly called “Mamay” in the community, Filomena passed away last Monday, Nov. 4. She was 96.

She was recognized as one of the “Best Nanay” awardees nationwide by Boy Abunda’s Make Your Nanay Proud Foundation (MYNP).

Former Loay Mayor Rochelle Brigitte Imboy- Abutazil, Filomena’s granddaughter posted on Facebook that her grandmother “was an inspiring epitome of Faith in God.”

“As a good, warm and supportive grandmother, she will be remembered with fondness. She was an outstanding mother, way ahead of the times, resilient, prudent, driven, feisty, charming and loving,” said Imboy-Abutazil.

Internment rites will be on November 10, 2019, 1 p.m. at Immaculate Conception Church in Baclayon. She will be laid to rest at the Limtiaoco Mausoleum, Dampas Cemetery in Tagbilaran, Bohol.