‘Pawikan’ released to the sea on International Coastal Clean-up Day 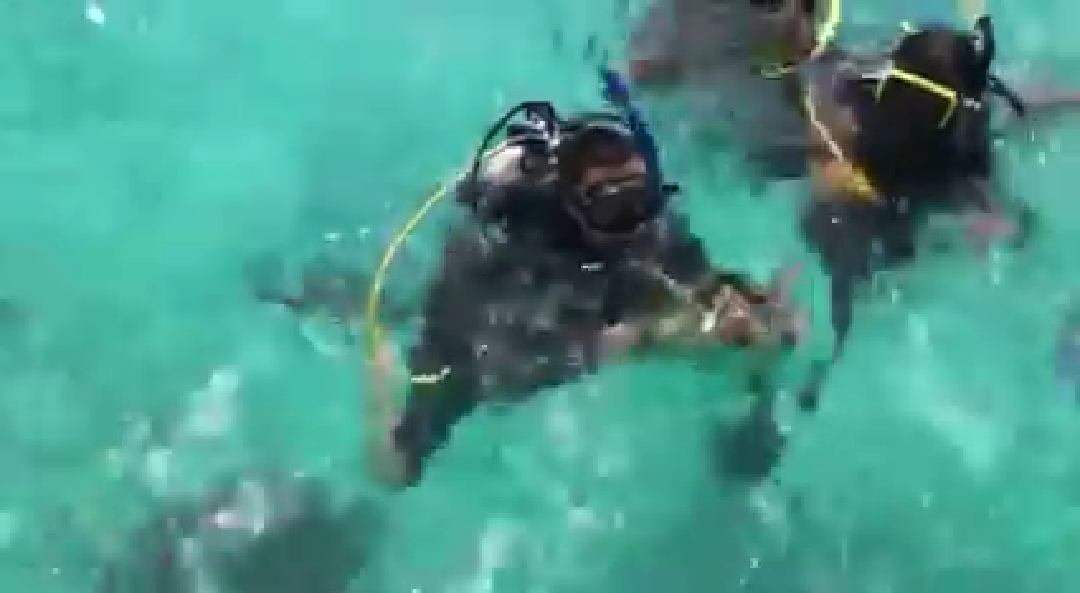 A green sea turtle locally known as “pawikan” was released to the sea on Saturday morning after it was entangled in a net by two Badjao fishermen last Friday.

Arabi Tapsalani and Banjing Dumay caught the turtle off the Tagbilaran coast. They immediately turned-over the green sea turtle to the 703rd Maritime Police Station based at K of C Drive in Tagbilaran City.

The turtle, which measures 40 centimeters wide and 44 centimeters, sustained superficial bruises from the net entanglement.

Personnel from the Coastal and Marine Management Project of CENRO – Tagbilaran conducted tagging of the green sea turtle.

After getting checked and treated by a veterinarian, the turtle was safely released back to the sea on Saturday, September 21.

It was Bohol Governor Arthur Yap who released the turtle to the sea during the celebration of the International Coastal Clean-up Day on Saturday, September 21 at Balicasag Island.