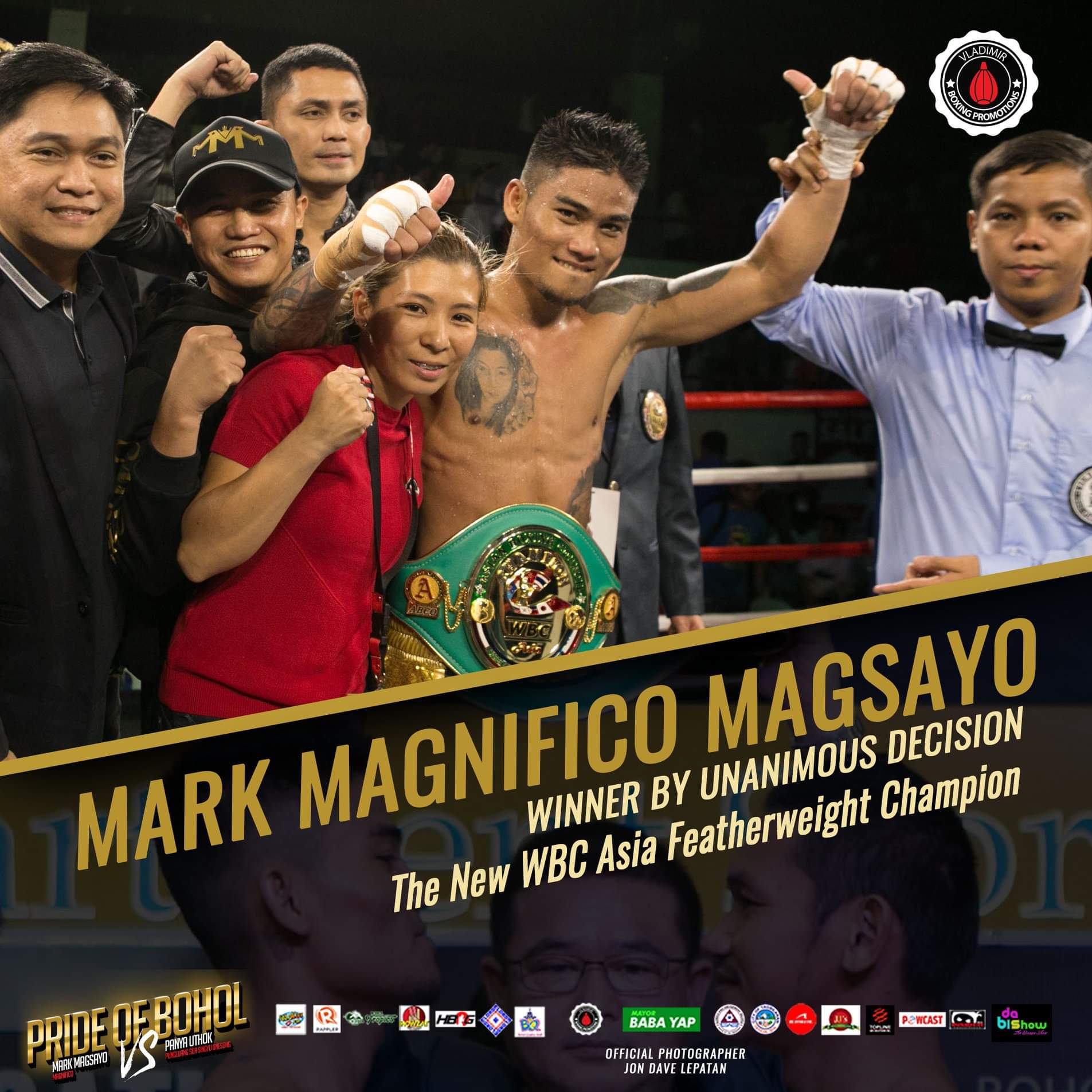 Bohol’s pride Mark “Magnifico” Magsayo got himself back into position Saturday night for another title shot.

Magsayo outworked Uthok all throughout 12 rounds to carve out a unanimous decision win against the former world champion.

The 24-year-old Magsayo came out more aggressively in the first two rounds, while Uthok coming out unfazed.

It was on the 4th round before Uthok got visibly rocked. However, Uthok answered right back with a jaw hit to slightly create momentum.

Uthok fired back in Round 9, but the volume was simply not there in comparison to Magsayo’s relentless flurry.

Magsayo continued to fire a hailstorm of hits with Uthok still not throwing anything back until the final bell eventually sounded.

It is a welcome victory for Magsayo, whose career was put on temporary hold due to an alleged managerial dispute.

In November 2017, Magsayo fought before his townmates beating Shota Hayashi of Japan by unanimous decision to retain the WBO International featherweight belt.

After his fight with Hayashi, Magsayo was idle for a long time following a contractual dispute with ALA Promotions, his former handler.

He made his ring return in April this year in Singapore fighting under Vladimir Boxing Promotions, knocking out Indonesian Erick Deztroyer in the fourth round for the win.