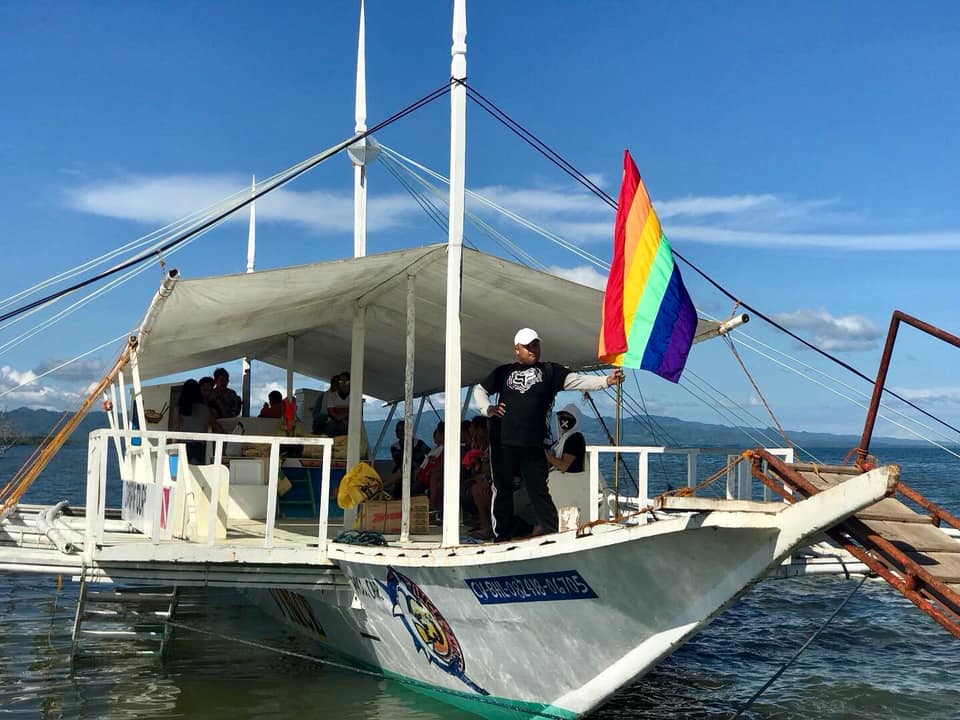 This month was chosen to commemorate the Stonewall riots of June 28, 1969, when spontaneous gatherings among the gay community were held to protest a police raid at Stonewall Inn in Greenwich Village, New York. This series of demonstrations led to the gay liberation movement.

In Bohol, members of LGBTQIA+  Inabanga Chapter, also known as the “D Enchanted Rainbow”,  went to Cuaming Island on Saturday, June 15, to conduct an outreach program.

Cuaming Island, a fishing village in Bohol with 500 households, is part of the municipality of Inabanga. It can be reached through a one-hour boat ride from the port of Tubigon.

Together with volunteers and barangay officials headed by Captain Florita Espina, they collected trash along the coastline areas of the island.

“The coastal clean-up drive means for us to contribute to environmental preservation,” according to a former youth awardee and founding member Gerwin Yudelmo.

Nurses also conducted a seminar about proper nutrition of the kids.

“We would like to thank everyone for sponsoring our organization. We truly appreciate your continuous support and your very generous donation, your contribution will dramatically help us develop and succeed in future endeavors,” said Yudelmo.

34 vie for glamorous Queen of Bohol