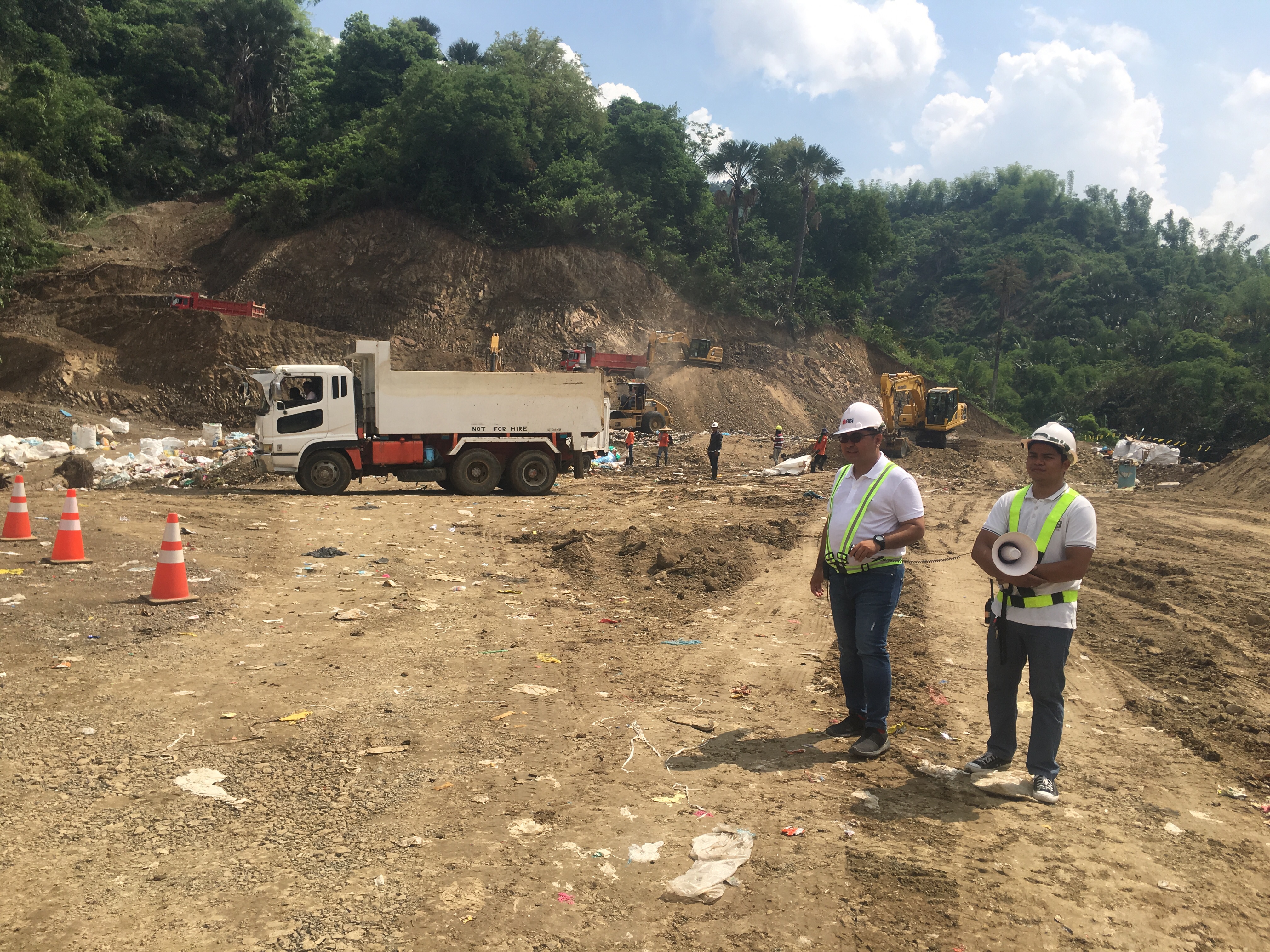 In order to lessen the stench coming from garbage trucks while in transit to a sanitary landfill facility in Barangay Binaliw, Cebu City, both private and haulers from the local government units were encouraged to purchase their own neutralizing solution.

This was the request of the facility’s operator Arn Central Waste Management Inc. (ACWMI) to also address the earlier complaint of residents about the stench coming from these trucks passing by the main road in going to the facility.

Sherwin Santos, president of ACWMI, said they are working out with the barangay officials of Binaliw to also see to it that these garbage trucks comply with it.

Santos said they recommended to private haulers their own supplier of neutralizing solution for them to negotiate on its purchase.

He added that there was a positive response from private haulers on using these neutralizers to lessen the stench.

Haulers from the local government units have to also do the same.

He even urged local councils to pass a resolution encouraging these garbage haulers to use neutralizing solutions.

Currently, the waste facility is accepting garbages from the city of Mandaue and the nearby towns of Consolacion, Cordova and Compostela.

The facility began accepting trashes from these local government units after the landfill facility in Consolacion was shut down due to an accident that killed a truck driver.

By July 1, the Cebu City government will also begin to dispose of its waste there.

ACWMI was called for a technical conference last June 7 by the Environmental Management Bureau in Region 7 (EMB-7) after they were found to have violated provisions of the Philippine Environmental Impact Statement System under Presidential Decree (PD) 1586.

Their violations were on the garbage hauling and non-compliance of monitoring reports.

Santos said ACWMI has been correcting this starting with the minimizing of the stench from garbage haulers.

“EMB is not policing us. We are partnering with agencies to make sure our methods are always compliant,” he told reporters in an interview.

However, he clarified that the stench was not from the facility itself but from the garbage haulers coming in and out there.

ACWMI aims to have zero odor and zero waste once their entire facility is fully in place.

Right now, it still has to complete the construction of the waste to energy component and the remaining phases.

ACWMI has invested a total of P7-billion for this waste management facility.

Once fully operational, the facility may even provide an 18-25 megawatts of power where 30 percent of it will go to the grid and the 70 percent can be purchased at a negotiated price.