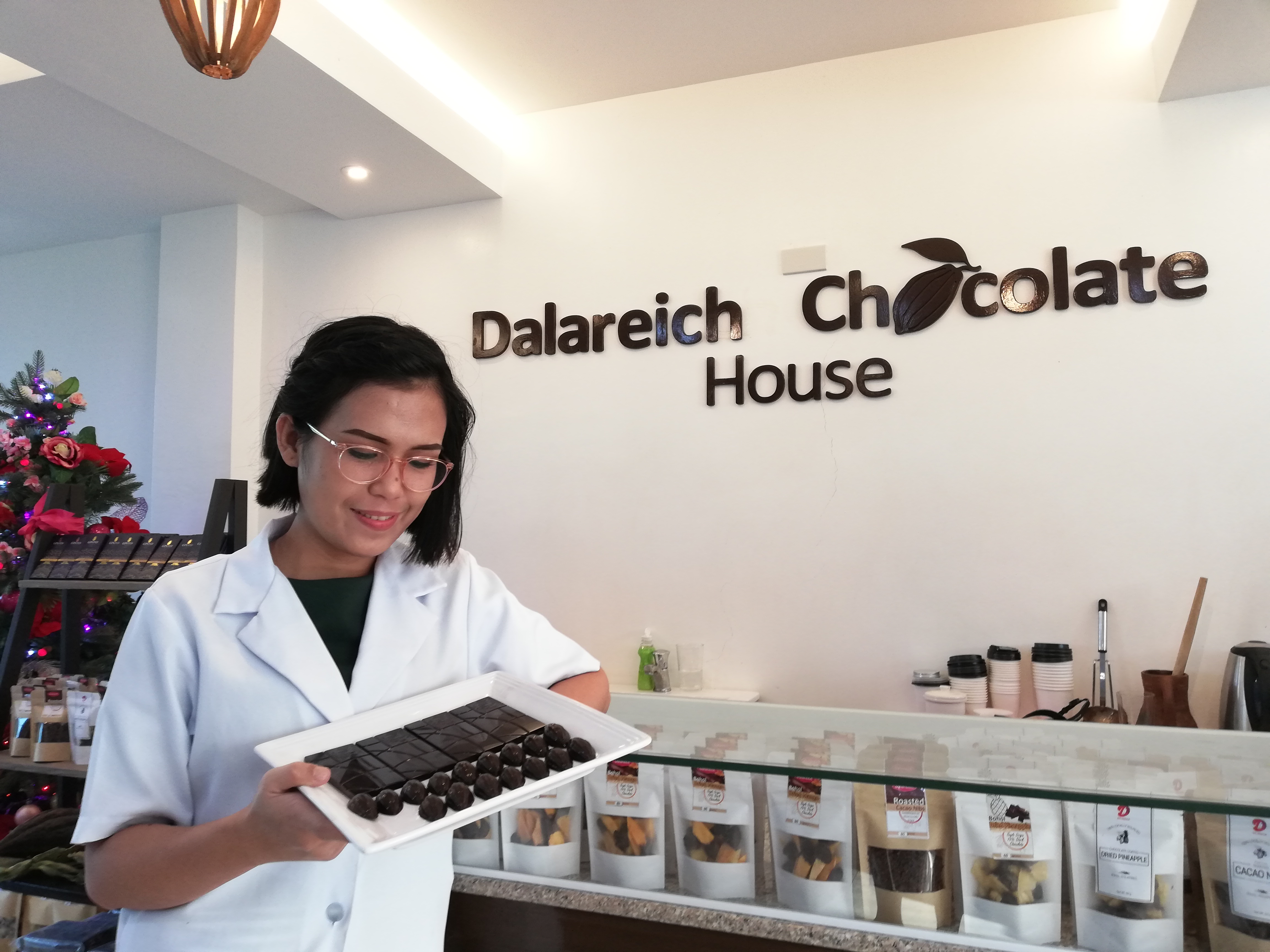 The island-province of Bohol province has the world famous Chocolate Hills…and now the best chocolate in the world!!!

Bohol-based Dalareich Food Products has won a Gold Award in a prestigious international London based Academy of Chocolate Awards 2019.

This is the first time that Philippines got the Gold Award since the international chocolate award started in 2015 on all the categories.

“We didn’t expect it because we are competing chocolates from all over the world,” said Dalareich Polot, general manager of Dalareich Food Products which produced the “Dalareich 100% Unsweetened Chocolate.”

The 100% unsweetened chocolate is locally known as  “tableya”.

“We want the Flipinos to really appreciate the Tableya (100% Unsweetened Chocolate), she said.

It was first time for Dalareich to send an entry to the international chocolate award based in London and Dalareich 100% Unsweetened Chocolate (Tableya) got the Gold award under drinking chocolate together with Manila-based Auro Chocolate.

Other Philippine companies such us Malagos Chocolate, Theo and Philo, also got silver and bronze awards from different categories.

Dalareich said it also encourage more farmers to plant more cacao and take good care of their cacao trees and this is also to prove to the world.

The Academy of Chocolate was founded in 2005 by five of Britain’s leading chocolate professionals, united in the belief that eating fine chocolate is one of life’s great pleasures.

The Academy campaigns for better chocolate and to promote a greater awareness of the difference between fine chocolate and the mass-produced chocolate confectionery which most of us eat.

There were more than 1,500 entries representing producers from 46 nations have been received, making it the most successful year in the history of the awards.

Known as the “Chocolate Princess” in Bohol, Dalareich, 30, established the first and only Chocolate House in the province.

She is also saving the province’s cacao trees—the seeds of which yield cocoa powder to make “tableya,” a traditional Filipino hot chocolate beverage made from 100% pure, roasted cocoa beans that are pressed into coin-shaped tablets, and, chocolates.