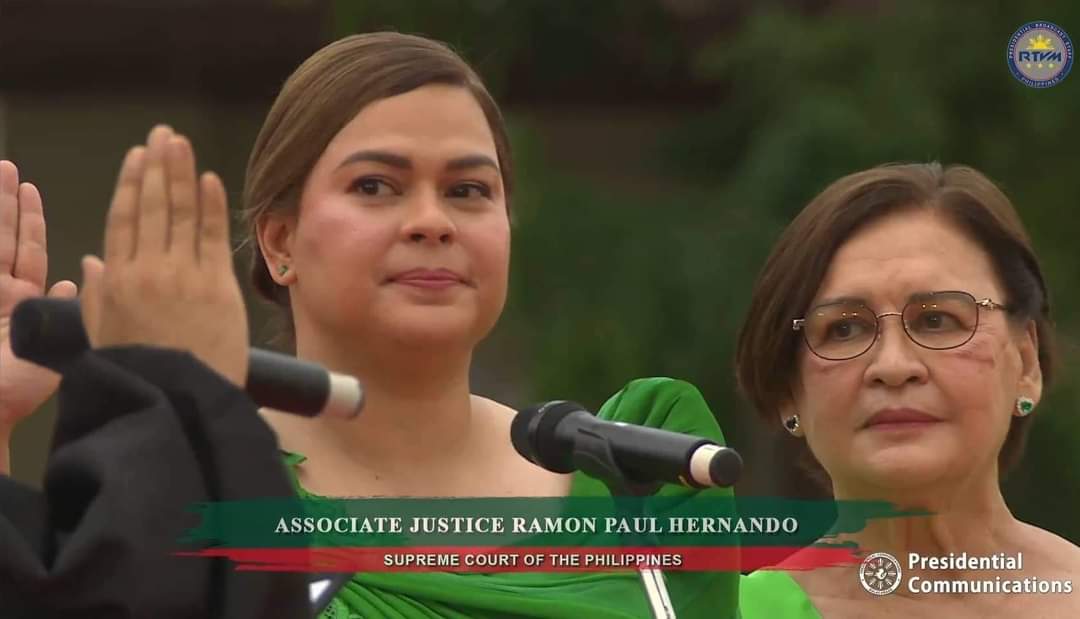 Duterte’s inauguration took place at San Pedro Square in Davao City — her hometown, where she is the outgoing mayor.

She called for unity as times might be challenging.

“The days ahead may be full of challenges that call for us to be more united as a nation. But let me reiterate this: We can never go wrong if we are a people dedicated to honoring the will of God, to serving our country and our fellow men, and protecting the integrity of our families and the future of our children,” she said.

She called on Filipino parents to exercise their duty of instilling the values of “integrity, discipline, respect, and compassion for others” to their children amid issues confronting the youth.