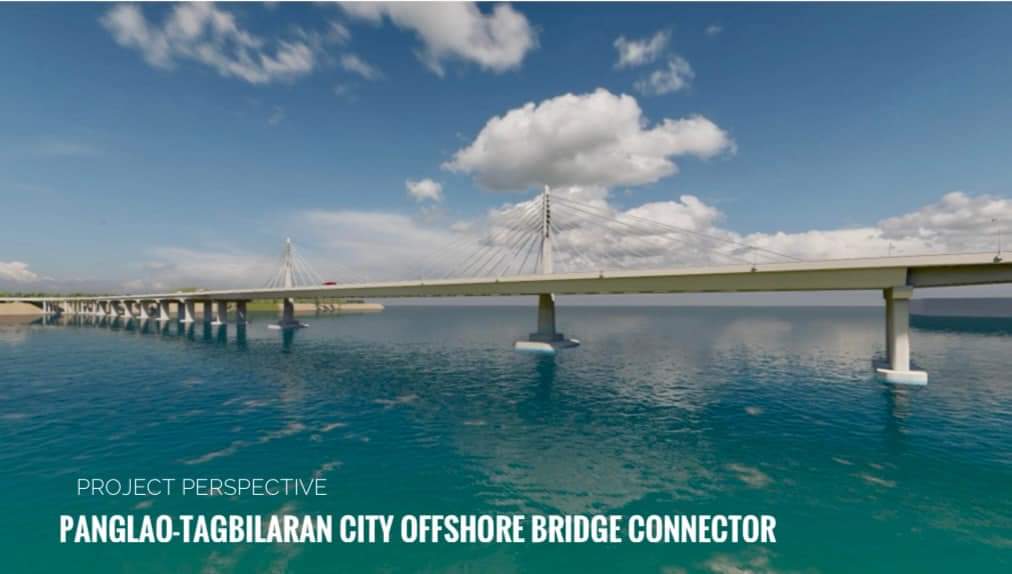 The Department of Public Works and Highways (DPWH) on Saturday said it is hoping to secure a grant from China to finance a proposed bridge connecting Panglao Island and Tagbilaran City in Bohol province.

The department in a statement said it has received the go signal from the National Economic and Development Authority to push through with the ₱6.95 billion project, adding it already submitted the documents needed to get the funding.

DPWH earlier secured this year 2022 the go signal of the National Economic and Development Authority (NEDA) Board for this bridge project and has submitted requisite documents to the Department of Finance (DOF) needed in securing a grant financing.

As early as year 2020, the ₱6.955 Billion project was confirmed by the DOF to be under China grant by the Economic and Commercial Counselor of the Chinese Embassy during the preparatory meeting for the Philippines-China High Level Meeting.

According to Undersecretary Sadain, Chief Implementer of the Build Build Build Program, the plannned four (4) lane 2.7-kilometer PTCOBC Project connecting mainland Bohol to the island municipalities of Dauis and Panglao will incorporate the iconic cable-stayed design.

With the Province of Bohol among the top drawer of tourism in the Philippines, travellers looking forward to adventure-filled vacation is expected to benefit from this new bridge as it will cut travel time from Tagbilaran City seaport to Panglao Island to 15 minutes from 45 minutes during peak period and will serve as an alternative route of the Jacinto Borja Bridge and Ambassador Suarez Bridge, added Undersecretary Sadain.

The on-going works funded by the General Appropriations Act of 2018 and 2020 which will will be connected to the proposed 1,012 meters 4-lane bridge to be implemented by DPWH UPMO Bridges Management Cluster was visited by Undersecretary Sadain with Project Director Benjamin A. Bautista, Project Manager Franscisco M. Sawali, Region 7 Maintenance Chief Faustino A. Dela Cruz, and Bohol 3rd District Engineer Magiting A. Cruz.

When fully completed, this PTCOBC Project would provide high-quality land travel experience to reach must-see places of Bohol that is widely known as an attractive destination of tourists, added Secretary Mercado.

Following the operation of Bohol-Panglao International Airport to replaced the airport in Tagbilaran City, the volume of passenger and vehicular traffic has increased due to the growing tourism activities in this province of Central Visayas Region.