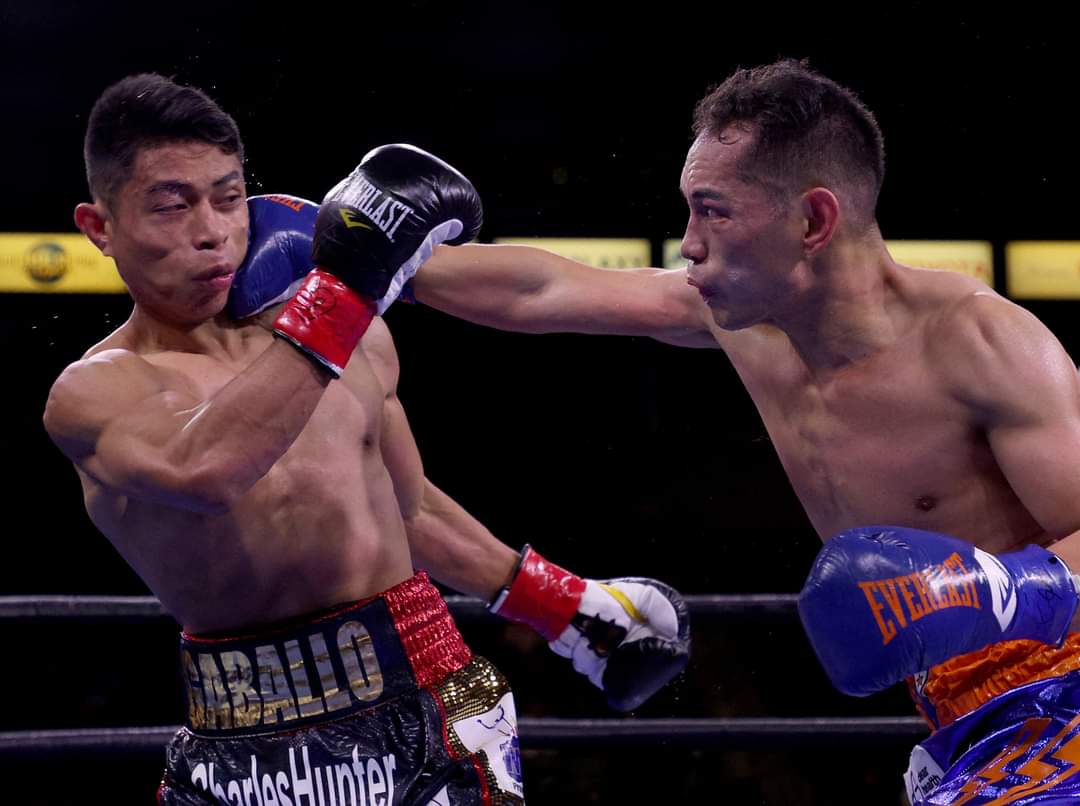 Nonito “Filipino Flash” Donaire showed that age is a just a number, knocking out Reymart Gaballo in the fourth round with a thunderous body shot to retain his World Boxing Council bantamweight title on Saturday, December 11 (December 12 Manila Time).

Gaballo, grimacing in pain, tried to beat the referee’s count by standing back up, but the punch was too devastating for him. He went back down on his knees, prompting the referee to stop the bout at 2:59 of round four.

The 39-year-old Donaire who hailed from Talibon town defended the World Boxing Council (WBC) world bantamweight title in the process.

Donaire banked on counter-punches and was able to slip in right straights, which eventually resulted in a small cut on Gaballo’s right eyebrow.

Both boxers also had furious exchanges of combinations on several occasions that electrified the crowd at the Dignity Health and Sports Park.

“It’s my team’s job to work on the rematch with Inoue,” said Donaire.

“I believe my team is going to make it happen. I’m able to keep fighting at this age because I just have faith in myself and have a lifestyle that’s good for me. There is no such thing as a cheat day. It’s a choice day, and it’s my choice to train and to be me.”