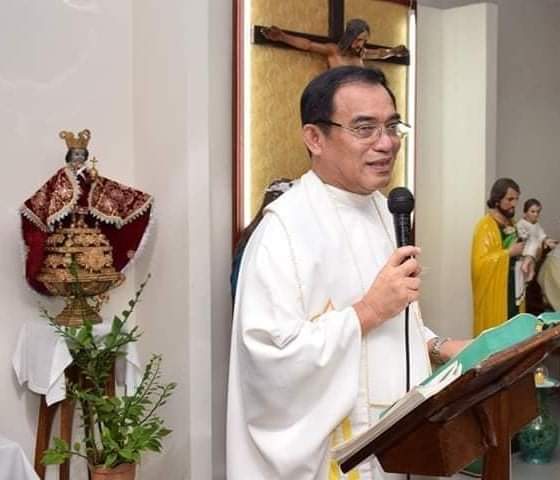 “So sad to inform you that REV. FR. JUSTINO “LOLOY” ESTOQUE, JR. has passed away today, feast of St. Joseph. We pray for his eternal rest,” Bishop Uy said on Facebook.

Fr. Loloy was a graduate of the Immaculate Heart of Mary Seminary. He served as parish priest of Holy Trinity Parish in Loay town and Sta. Monica Church in Alburquerque town.

Parishioners said that when he returned to Bohol in 2015, he was the same Fr. Loloy that the parishioners knew – modest, calm yet persuasive in his discussions about following Jesus in His option for the poor.

Fr. Loloy was also one of the founding members of the Singing Priests of Tagbilaran (SPOT), a group of Catholic priests from Bohol formed in 1988. In addition to preaching sermons they also evangelize from the stage in songs and dances.

Fr. Loloy was one of the founders of the Bohol chapter of the Promotion of Church People’s Response (PCPR-Bohol), an ecumenical organization in solidarity with the poor in their struggle for social emancipation.

In a statement, Bohol peasant group Hugpong sa Mag-uumang Bol-anon said on Friday that Fr. Loloy firmly sided with the poor and exploited, especially farmers and fishers affiliated with progressive organizations, even with the dangerous risk of being red-tagged with them.

“We thank him for always sharing what he had. Fr. Loloy was one of the first few who immediately sent help for farmers gravely affected by the 2013 earthquake, even if he was thousands of miles away in the US and having financial limitations because of his expensive medications,” Humabol said in a statement.

“Fr. Loloy is worthy of emulation. He did not merely preach from the pulpit – he lived what he preached and drew back more people closer to the Church as a result,” it added.