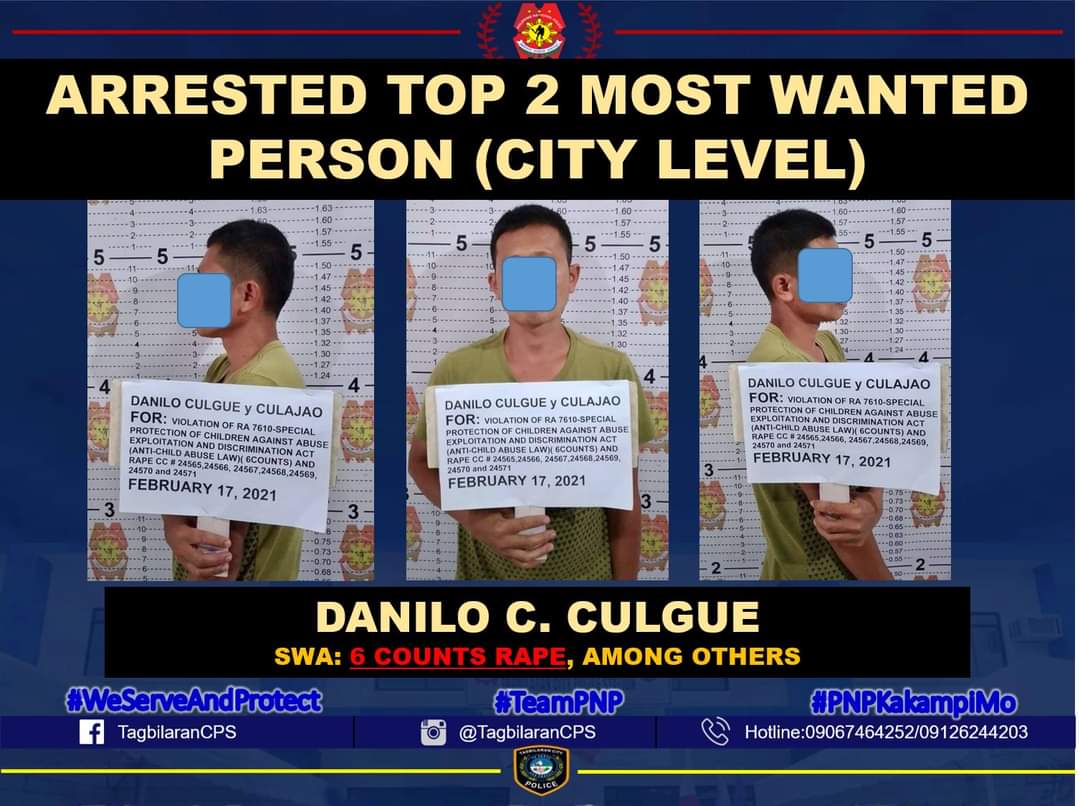 Police arrested what they described as “the Top 2 most wanted man in Tagbilaran” on Wednesday night, Feb. 17.

A report from TCPS, Culgue was arrested by a police tracker team in Dampas Dumpsite, Dampas District, Tagbilaran City at past 11 a. m.

He has an outstanding warrant of arrest for the crimes of child abuse and six counts of rape issued by Judge Leo Moises Lison.

A recommended bailbond of P1,180,000.00 for child abuse and no bail was recommended for rape.

Lt. Col Mary Crystal Peralta, chief of Tagbilaran City Police, lauded the efforts of police in partnership with the community.

“We are very grateful for the help of the community being extended to us which led to the arrest of the TOP2 Most Wanted Person in the City,” Peralta said.