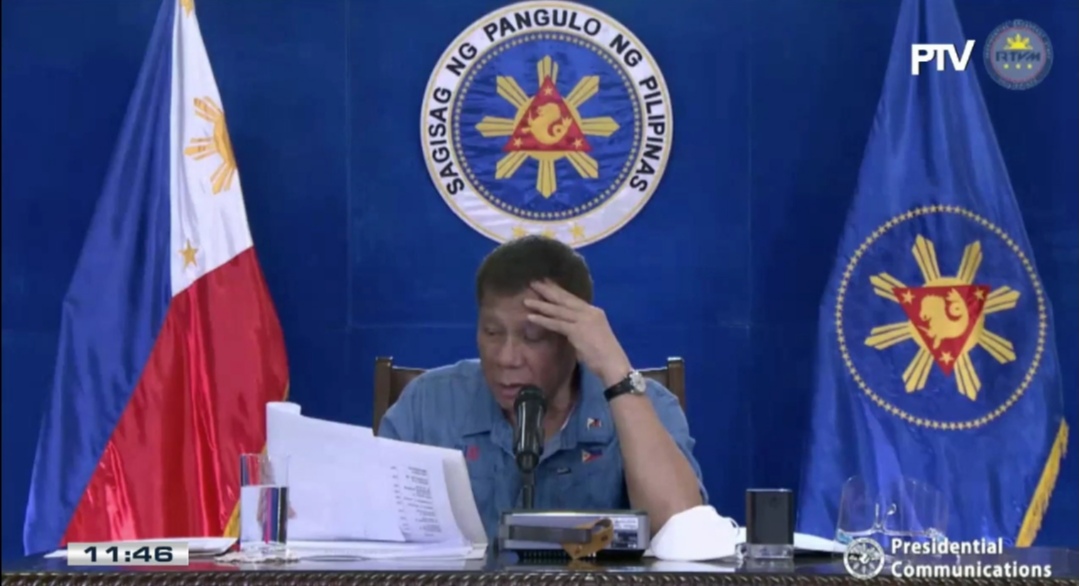 President Rodrigo Duterte on Monday night, January 4, 2021, bared the names of government officials and personnel who have been dismissed as part of what the chief executive has characterized as an effort to purge the entire government of corruption.

Among the wrongdoings linked to the dismissed personnel were extortion, graft, grave misconduct, serious dishonesty, conduct prejudicial to the best interest of the service and abuse of authority.

One of the dismissed personnel mentioned by the President was Christine Ipanag of the Department of Education. The President didn’t give further details except that Ipanag is from Tagbilaran City.

The President appealed to the public to report corruption complaints. He said they could give anonymous tips so action can be taken against erring public servants.