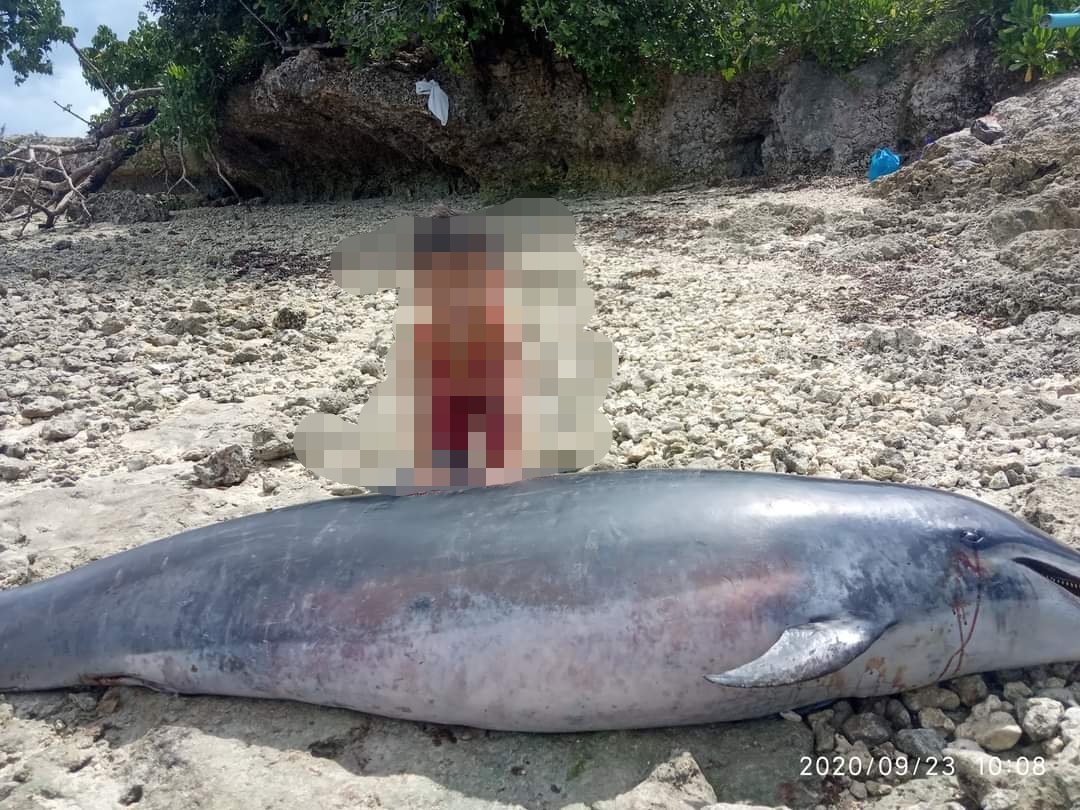 The Bohol Enviroment Management Office (BEMO) reported on Tuesday, Sept. 28, that the dead dolphin found in Panglao town was pregnant.

In a report on Facebook, it said that during the necropsy of Dr. Jo Marie V. Acebes and volunteers from Balyena.org, the team found out that the Fraser’s dolphin was pregnant.

“We found out that the dead Fraser’s Dolphin that was recently reported stranded in Bil-isan, Panglao was actually pregnant,” it said.

A fetus of a Fraser’s Dolphin was found inside her with a length of 49.5 centimeters.

A fisherman found a dead dolphin on the shores of Sitio Talisay in Barangay Bil-isan, Panglao town on Wednesday morning, Sept. 23, 2020.

The fisherman found the lifless dolphin at around 5 a. m. and washed into the beach area during the low tide.

The fisherman reported the incident to the officials of the barangay.

The barangay officials, fishery technician of LGU-Panglao, staff of BFAR-PFO Bohol and staff from this office examined and took the morphometrics of the dead dolphin.

The dolphin was buried at the nearby beach area after it was examined.