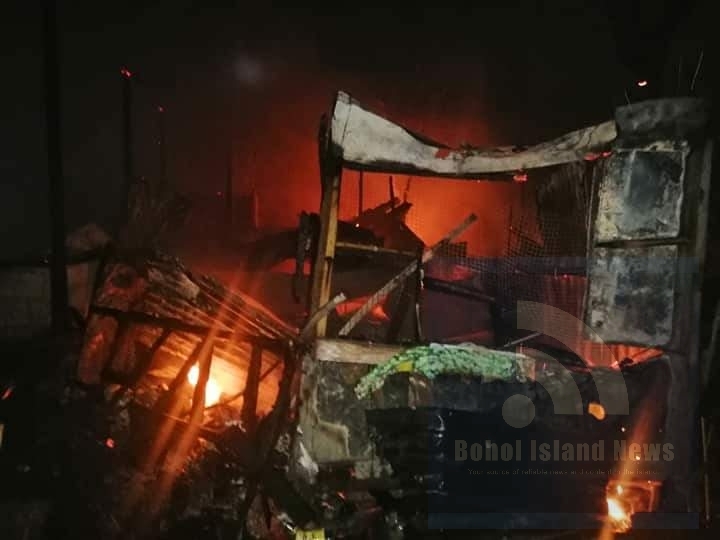 An estimated P350,000 damage in properties was pegged in the fire that razed a total of 11 houses in Purok 3, Totolan, Dauis town on Thursday evening.

In a report provided by Bureau of Fire Protection (BFP) Dauis, it said that the fire affected a residential area.

Four were reportedly injured from the fire incident.

At least six fire trucks responded to the fire.

Initial investigation revealed that the fire may have been caused by electrical misuse.

This is the first fire incident recorded this March as the country observes the Fire Prevention Month.

There were already 26 fire incidents in January and in February this year where an estimated damage of P7 million pesos was recorded.