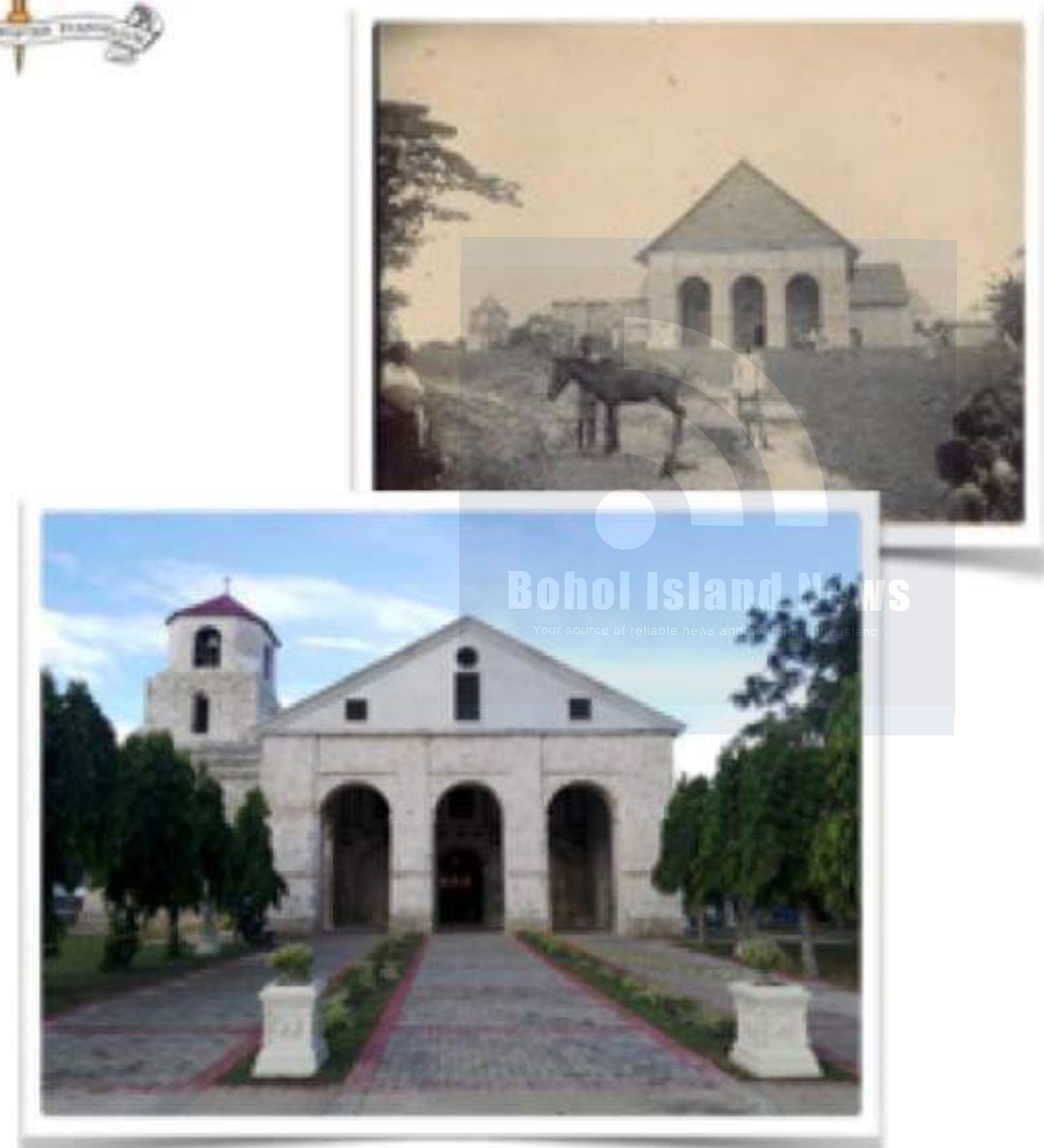 He has come a full circle.

Bohol bishop of the Diocese of Tagbilaran, who used to preside over the turning over of Balay sa Kabus, for Bohol’s poor, will now be off to a bigger turn-over: the Balay sa Dios to the community in Cortes.

Bishop Alberto S. Uy will lead national and local officials in solemnizing the formal turn-over of the newly restored Balay sa Dios: the parish church of the Santisimo Nombre de Jesus, to the Diocese of Tagbilaran on January 16 in time for the town fiesta.

Together with Bishop Uy is National Museum of the Philippines (NM) Director Jeremy Barns who will stand for the government’s National Commission for Culture and the Arts, NM of the Philippines and the Department of Tourism’s Tourism Infrastructure and Enterprises Zones Authority (TIEZA) which funded the P104,366,426.40 restoration of the 18th century stone church destroyed by the October 13, 2013 earthquake.

Although not the earliest church in Cortes, this late 1800 stone church built on top of the hill in a resettlement called Paminguitan, is the second religious structure after the Christian Community of the town was established in the early 1600.

Then Jesuit missionaries from Baclayon and Loboc could have founded the settlement near a good source of fresh water: the Abatan River.

The first church, which was built by the Jesuit missionaries near the river in Cortes was for the settlement in Malabago, the old name of the town.

The church in Malabago, which served the catchment for the faithful now in the Barangays Rosario, Loreto, Patrocinio and Monserat and the rice communities across the river: Tupas, Santo Rosario and Viga, was built of light materials.

Church historian Regalado Trota Jose assumed that the Malabago Church was made of light materials, possibly nipa and bamboo and was burnt down, at the same time Tamblot Revolt was raging in 1622.

It was also never known if the burning down of the church had something to do with Tamblot’s religious revolution.

In the time between 1622 and the coming of the Augustinan Recollects who replaced the Jesuits in the Catholic missions in the country in 1768, there was no record of what happened to the burnt church and the community.

The timeline would be crucial, because this can establish the possible establishment of this newer church on top of a hill, the church of the settlement in Paminguitan, one that is overlooking the wide expanse of the sea.

According to professor Trota-Jose in his book Visita Iglesia, the parish of Maribojoc was established in 1767, and by 1769, Malabago became a visita of Maribojoc, which is now its new mother parish.

Maribojoc became a parish under the Agugustinian Recollects who came in 1768, and the church there was erected thereafter.

Now, if one would recall the politics behind the banishment of the Jesuits and the coming of the Recolects, one would wonder why the Augustinian Recollects would build a church in Maribojoc and a church in Paminguitan, churches that are practically different.

The subtle way of the Augustinians was to cover the church facades of the Jesuit built churches, with what builders would call as the portico façade. The Jesuit churches of Baclayon, Loboc sport this fully built Jesuit façade, but the Augustinians hid them from sight by placing a new façade.

Interestingly, this church in Paminguitan also sport the double facades, unlike the Maribojoc church

By 1793, Trota-Jose said, the visita in Malabago got separated from its mother parish Maribojoc and the center was moved to its current location, then called “Paminguitan” referring to the hook-and-line method of fishing in the nearby Abatan River.

What is uncertain is that: was the visita really in Paminguitan or Malabago? Note that Malabago Church was burned and that Paminguitan is now the new village center by this time.

Here, it may be safe to assume that the community built a church again, this time in Paminguitan after the 1622 burning of the church in Malabago.

This could be what Trota-Jose would claim, as the church which “was replaced with a more substantial edifice of cut coral stones in 1880.”

An inscribed date 1892 was then visible atop the baptistery in the epistle side of the church. The sign has been lost in the rubbles during the 2013 earthquake.

Now, a question. Would a community start building a church by building a baptistery first before completing the entire church, as the inscription would tell?

Further, in 1891, the town’s name was changed to Cortes in honor of the Spanish conquistador of Mexico, Hernan Cortes.

Further, Trota-Jose wasn’t on saying that in 1892, the [Paminguitan] church was finished (1892 was the sign on top of the baptistery entrance) but the portico was an added structure in 1896 and that the Agustinian Recollects served as the spiritual administrator of the parish from its founding until the end of the Spanish rule in 1898.

Over this, Cortes residents have been asking when really was this two-façade church built when the portico was added in 1896?

Even then, clearly, the Paminguitan Church now dedicated to the Santisimo Nombre de Jesus is over a century, if not centuries as the circumstances here tell.

When the October 2013 earthquake turned some portions of the into ugly heap of rubble, the National Museum of the Philippines (NMP) declared the Sto. Niño Parish Church Complex, which included the church, convent and mortuary chapel) as a National Cultural Treasure by November 14, 2013.

Although, the declaration was released after the earthquake, preparations for its declaration began in 2012, according to NM information Officer Emmylou Palacio-Noel.

The bell tower, among those heavily and extensively damaged in the tremor has to be reconstructed, and now was decided to be built according to available archival photos.

As the restoration work began in November 2017, this was completed on December 2019, a little over two years.

This after 6 years and 3 months, is the newly restored church and convent, back to its original grandeur.

At the formal turn-over, NM Director-General Jeremy R. Barns, CESO III, representing the National Museum of the Philippines (NMP) and Most Reverend Alberto S. Uy, D.D. representing the Diocese of
Tagbilaran will sign the Certificate of Turn-Over and Acceptance.

Then, the Rite for the Dedication of a Church and the Pontifical Fiesta Mass will immediately follow at 10:00 in the morning with the Bishop as the main celebrant.

It may be recalled that a partial church turn-over was held last December 14, 2019, this was in consideration of the parishioners use of the newly restored church for the Misa de Gallo.