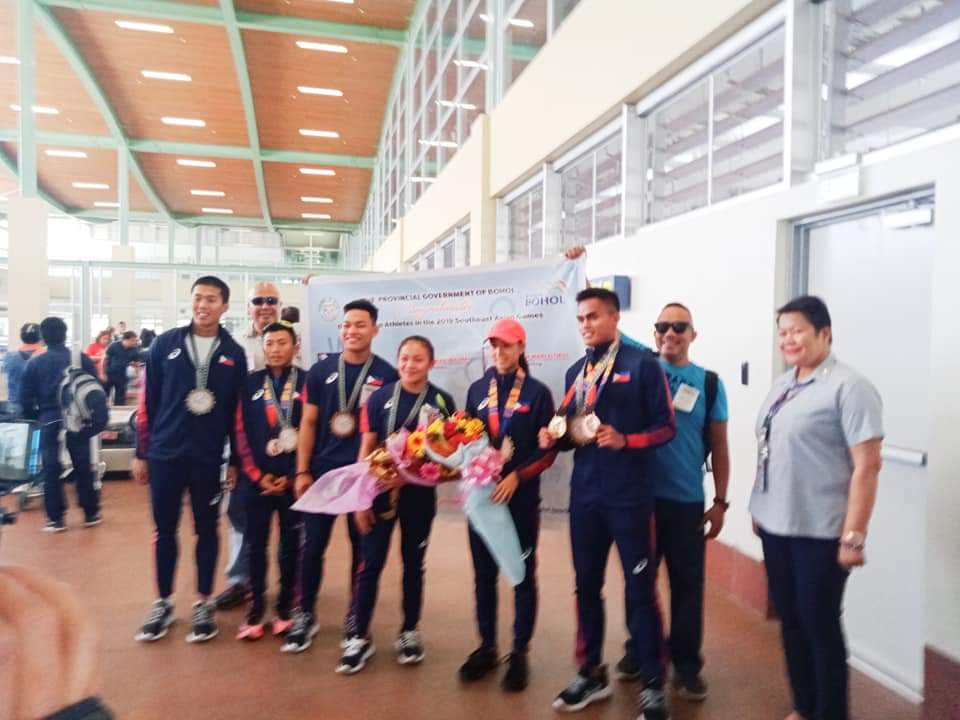 Boholano athletes who were part of the Philippine Team in the recently concluded 30th South East Asian (SEA) Games arrived in Bohol on Thursday afternoon, Dec. 19.

They were warmly welcomed by their families and local and provincial officials.

They also met Governor Art Yap who handed over certificates of appreciation and P50,000 each to them for bringing pride and honor to Bohol.