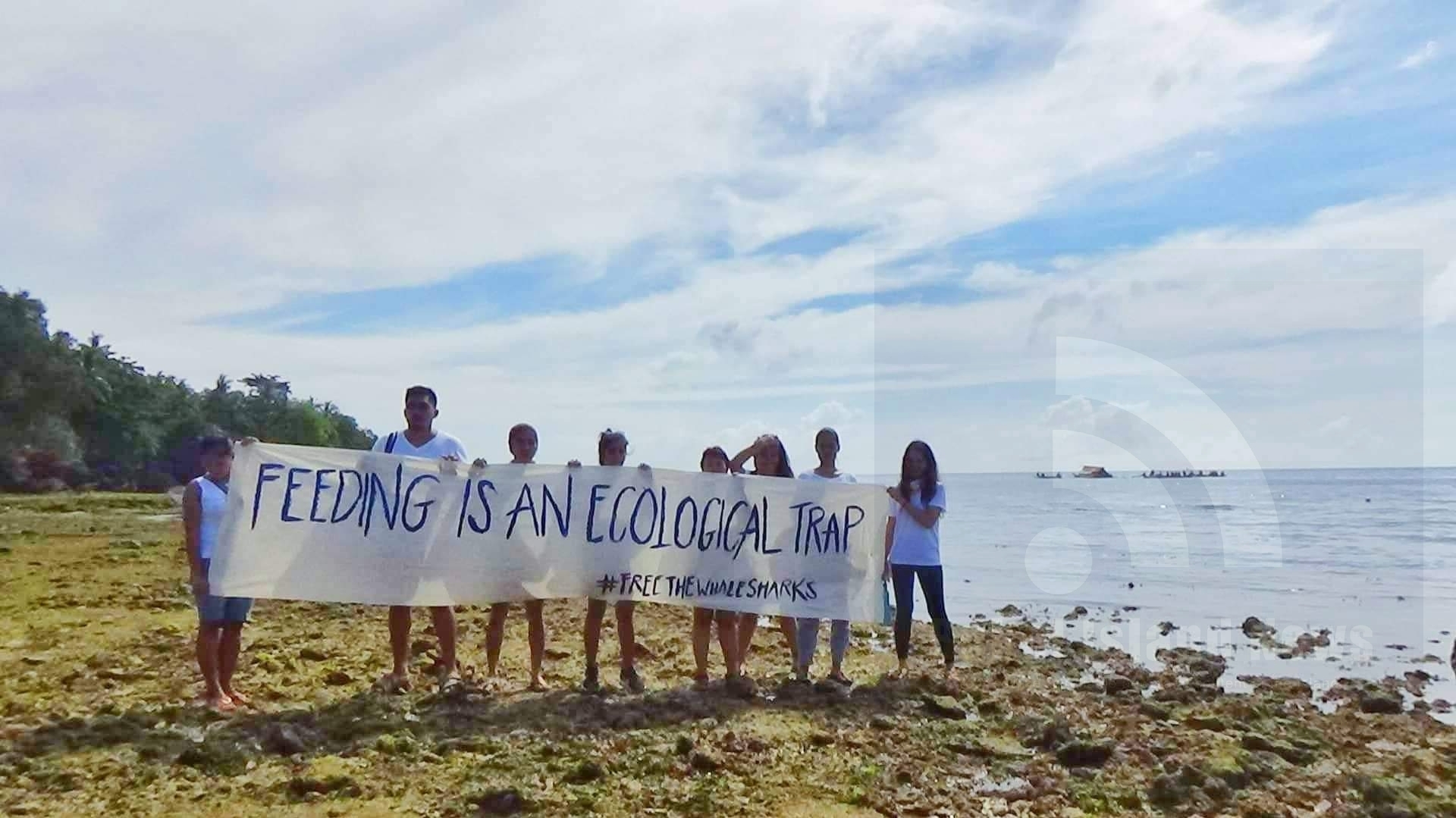 Members of the Free the Whale Sharks Coalition – Bohol held a protest on Wednesday, Dec.18, to stop the feeding and physical interaction of the whale sharks in Barangay Taug in Lila town.

“We really like to call to put a stop on the feeding at all costs,” lawyer Alma Aparece, convener of Free the Whale Sharks Coalition – Bohol, told reporters.

But the divers organization denied that there was feeding.

He clarified that a viral photo of a woman riding a whale shark didn’t happen in Lila.

But the group said the regular feeding of whale sharks off the seas of Lila was altering their behavior.

The creatures now associate the presence of the boats in the area with food.

The group also said that a staff told them that they hand feed the whale sharks with baby shrimps or locally known as ‘uyap’.

The “Taug Whale Shark Watching and Snorkeling” in Barangay Taug in Lila, is the new tourism attraction in the province which has accordingly begun soft operations in late November or early December. It is set to be launched on the third week of this month.

The operation collects an individual fee of P500 for locals and P1,000 for non-local tourists, and features watching, close interaction via snorkeling, and the feeding of the whale sharks (locally known as balilan).

According to the coalition, the feeding of wildlife is strictly prohibited in well-managed protected areas. They emphasized that the practice of feeding whale sharks and its consequences should not be encouraged and replicated.

“In a country where rules and regulations are difficult to implement, we do not want Bohol to be another example of what not to do and what not to be. Section 11 of Republic Act 8550, otherwise known as the 1998 Philippine Fisheries Code underlined among others, the protection of rare, threatened and endangered species in Section 11. Section 56 of the same provision further spelled out the law for non-obstruction to defined migration paths of migratory species,” they said in a statement.

“While Section 105 provided for the penalties in violation thereof. As of 2016, whale sharks are an endangered species according to the IUCN (International Union for Conservation of Nature). Republic Act 9147 furthermore provided for the conservation and protection of wildlife resources and their habitats. It sealed the responsibility of the local government unit and dedicated national agencies to implement and monitor related policies thereof,” they added.

Green Peace Philippines in a statement on Wednesday called on BFAR, DOT, the province of Bohol, and the LGU of Lila to promote sustainable tourism practices and prohibit the practice of feeding.

“Feeding of whale sharks for economic purposes is a clear form of exploitation and harms ecological balance in Bohol or anywhere it is practiced,” the statement said.

“Any livelihood or socio-economic activity should be sustainable, and in order for it to be equitable, it should be pursued without negatively impacting wildlife species and the integrity of the environment to which it belongs,” it added.

The group reiterated that the whale sharks in Lila should not be fed.

One thought on “Stop feeding whale sharks in Lila–environment group”