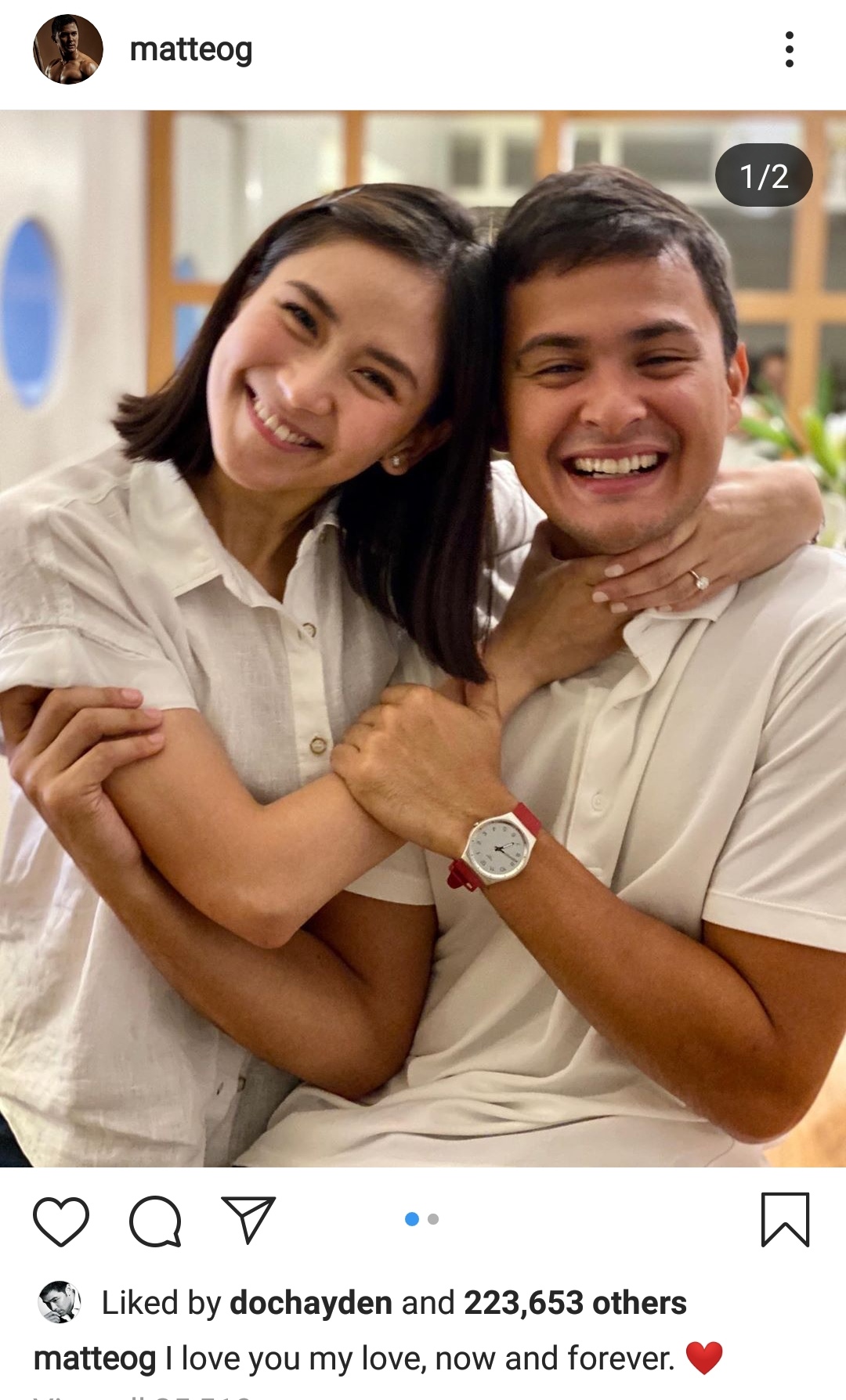 “I love you my love, now and forever,” Guidicelli captioned the photos.

Within minutes of Guidicelli’s post, hundreds of friends and fans left comments congratulating the couple, with many speculating the two are finally engaged to wed.

Guidicelli, 29, and Geronimo, 31, first confirmed their relationship in 2014, after nearly a year of being officially together.

They reportedly celebrated their sixth anniversary as a couple in September 2019.