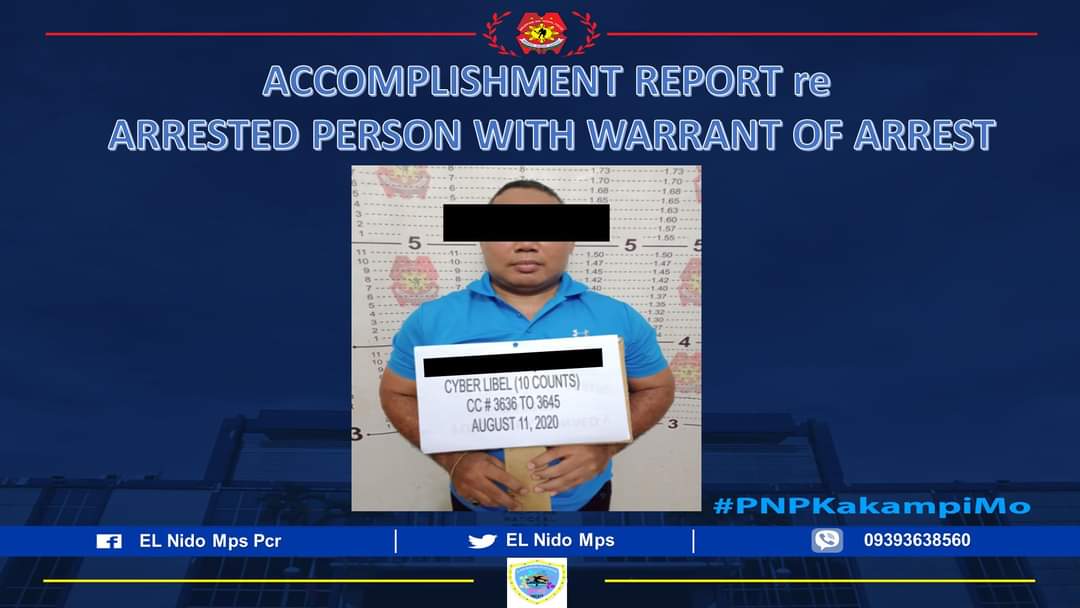 The arrest was made by virtue of warrant of arrest issued by Hon. Samuel A. Biliran, Executive Presiding Judge of RTC Branch 50, located at Loay, Bohol.

Bajamonde, who ran for councilor in Jagna town in 2019 elections, is the project manager of Mega VPS Security Agency.

Police said Bajamonde was said to be in hiding since May.

He was apprehended by El Nido and Jagna police and intelligence units in Barangay Villa Libertad in El Nido, Palawan last August 11.

He was arrested for 10 counts of cyberlibel.

According to the police report, his bail was set at P60,000 for each case.

Bajamonde was placed under the custody of the El Nido Municipal Police Station.