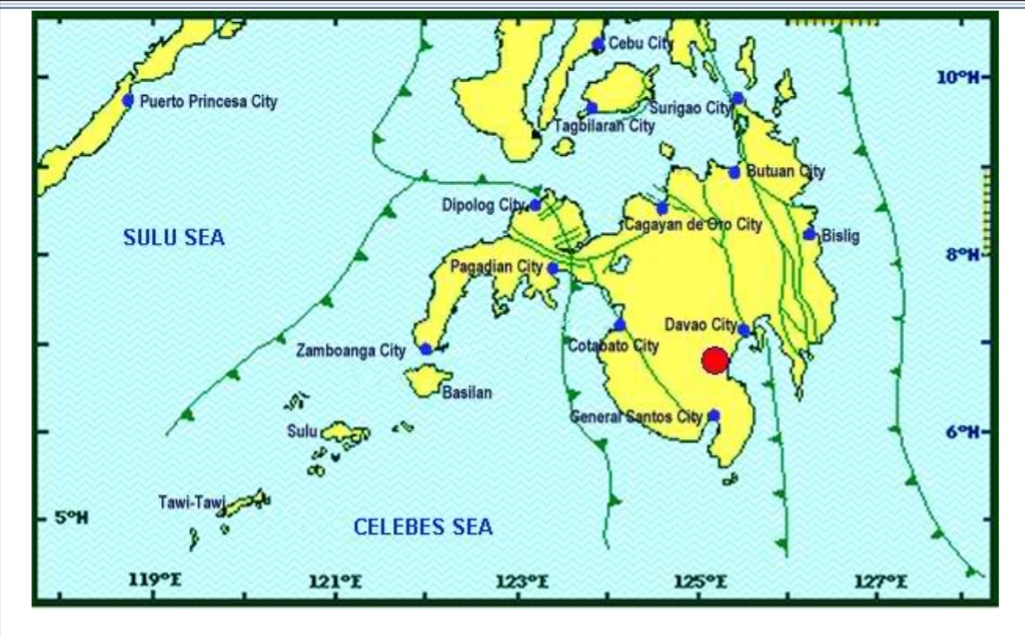 The temblor, tectonic in origin, was recorded at 2:11 p.m. with its epicenter traced to 9 kilometers west of Matanao town, and with a depth of 3 kilometers.

Intensity V was felt in Tulunan and Matalam, Cotabato; Cotabato City; Davao City; Glan in Sarangani, while Intensity III was experienced in Kalilangan, Talakag, and Dangcagan in Bukidnon.

Since October this year, Mindanao has been jolted by strong quakes, one after another, with victims hardly recovering from shock and displacement when another one strikes again.

A magnitude-6.5 earthquake rocked parts of Mindanao on October 31, following a bigger one occurring on October 29 at magnitude 6.6, which followed the one on October 16 with 6.3 magnitude.

As of November 3, the combined death toll from the earthquakes was at 22, according to the latest update from the National Disaster Risk Reduction and Management Council (NDRRMC).