Signal No. 2 still up in 3 areas as Jenny maintains strength 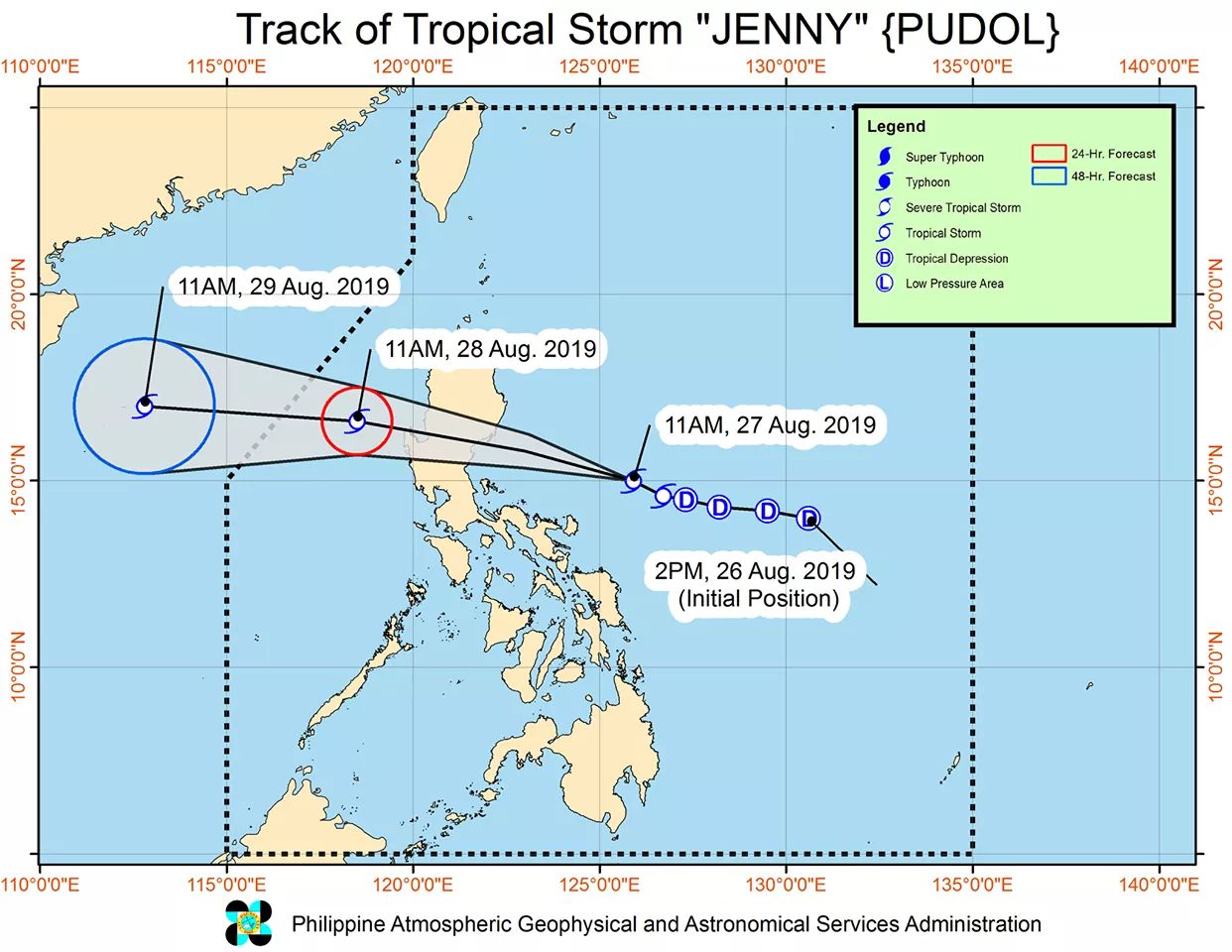 The state weather bureau Pagasa said that the provinces of Isabela, Aurora, and Quirino are placed under areas under TCWS No. 2.

Pagasa said that “Jenny” may make landfall in Aurora either Tuesday night or early Wednesday morning.

“Jenny” also packed maximum sustained winds of 55 kilometers per hour (kph), and gustiness of up to 70 kph.

Light to moderate with intermittent heavy rains may affect Western Visayas and the rest of Luzon.

The tropical storm was also seen moving west at 25 kph.

Comet NEOWISE spotted in the skies of Calape

Bohol teachers: Opening of classes from Aug. 24 to Oct. 5 a relief