More areas placed under Signal No. 1 as ‘Jenny’ nears 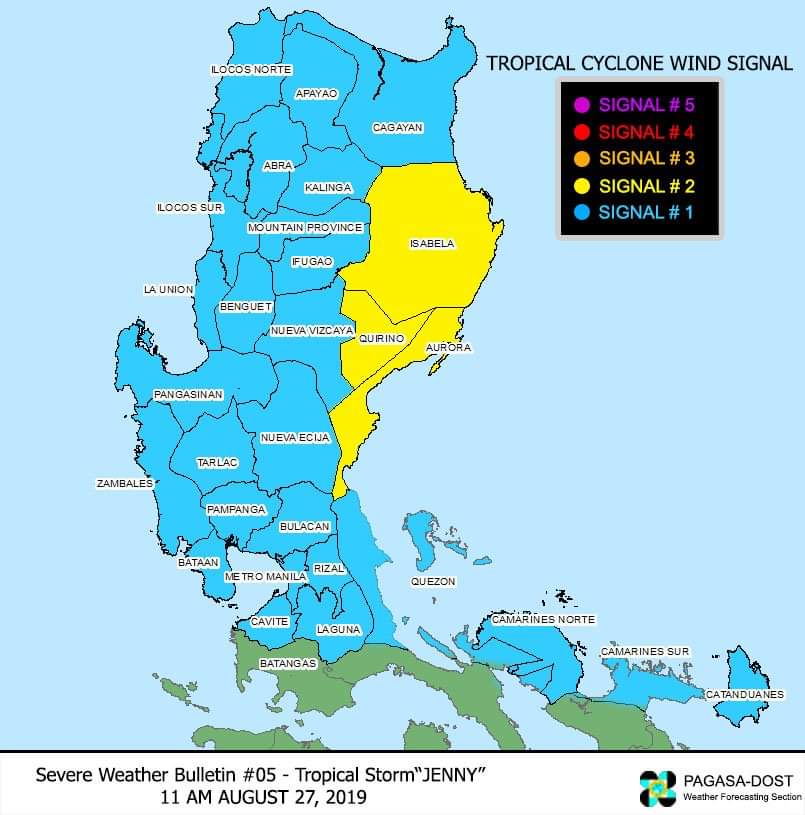 Tropical depression Jenny maintained its strength early Tuesday, August 27, ahead of its expected landfall in central Luzon, the state weather bureau said as it placed more areas under storm signal.

Pagasa said that “Jenny” may make landfall in Aurora either Tuesday night or early Wednesday morning.

“Jenny” also packed maximum sustained winds of 55 kilometers per hour (kph), and gustiness of up to 70 kph.

The tropical storm was also seen moving west at 25 kph.

Pagasa said that the tropical depression is less likely to intensify into a tropical storm before making landfall.

Classes at all levels were suspended, except in San Vicente, where the suspension included only pre-school to junior high school.