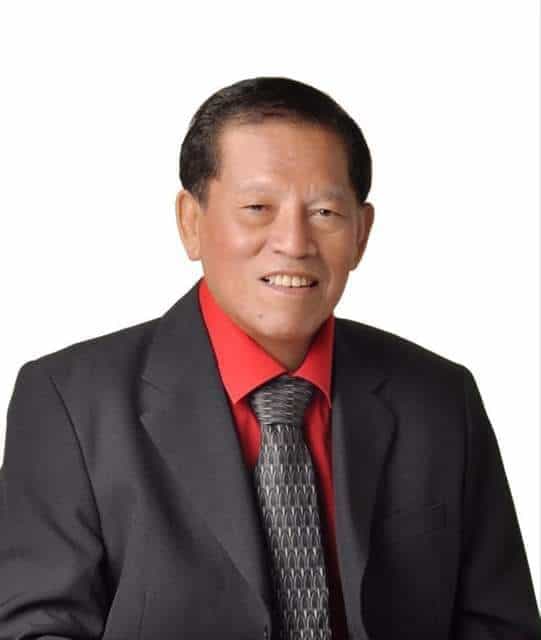 Daan, who entertained radio listeners for almost four decades, died at past 4 p.m. on Wednesday, according to Daan’s eldest son, Rodel.

“The time is right. My father can finally rest,” said Rodel.

The most common sentiment: “I feel like I’ve lost a friend.” He was 74.

Daan succumbed to heart failure while he was confined in a private hospital in Cebu City.

At the time of his death, Daan was an incumbent councilor of Talisay City.

Daan was confined in the hospital since Monday, August 19, after suffering from a mild stroke.

Before becoming a politician, Daan was a well-known radio and stage personality.

He was particularly known for his longtime partnership with fellow Cebuano comedian and radio personality Allan “Goliat” Nacorda.

Teban and Goliat were lead roles in local television shows such as Milyonaryong Mini, Goat the Wanderpool, Manok ni San Pedro and Talpolano the Boxer.

Daan first started in politics during 1982 when he ran and won as a barangay councilman in Tabunok when Talisay City was still a town.

In 1995, Daan decided to try his luck in running as a board member of Cebu’s First District.

He won on his first try.

During the 2004 elections, Daan ran against the late Gregorio Sanchez for vice governor but lost.

In 2007, he returned in politics and served as PB member for three consecutive terms.

In 2016, after ending his three-year term as PB, he ran as Talisay City councilor.

He ran for another term during the May 2019 elections and earned a fresh mandate to serve for another three years.

He left the earth with memories of his signature voice that played the roles of protagonists and villains.

The wake for Daan will be held at the St. Peter’s Chapel on Imus Street, Cebu City.