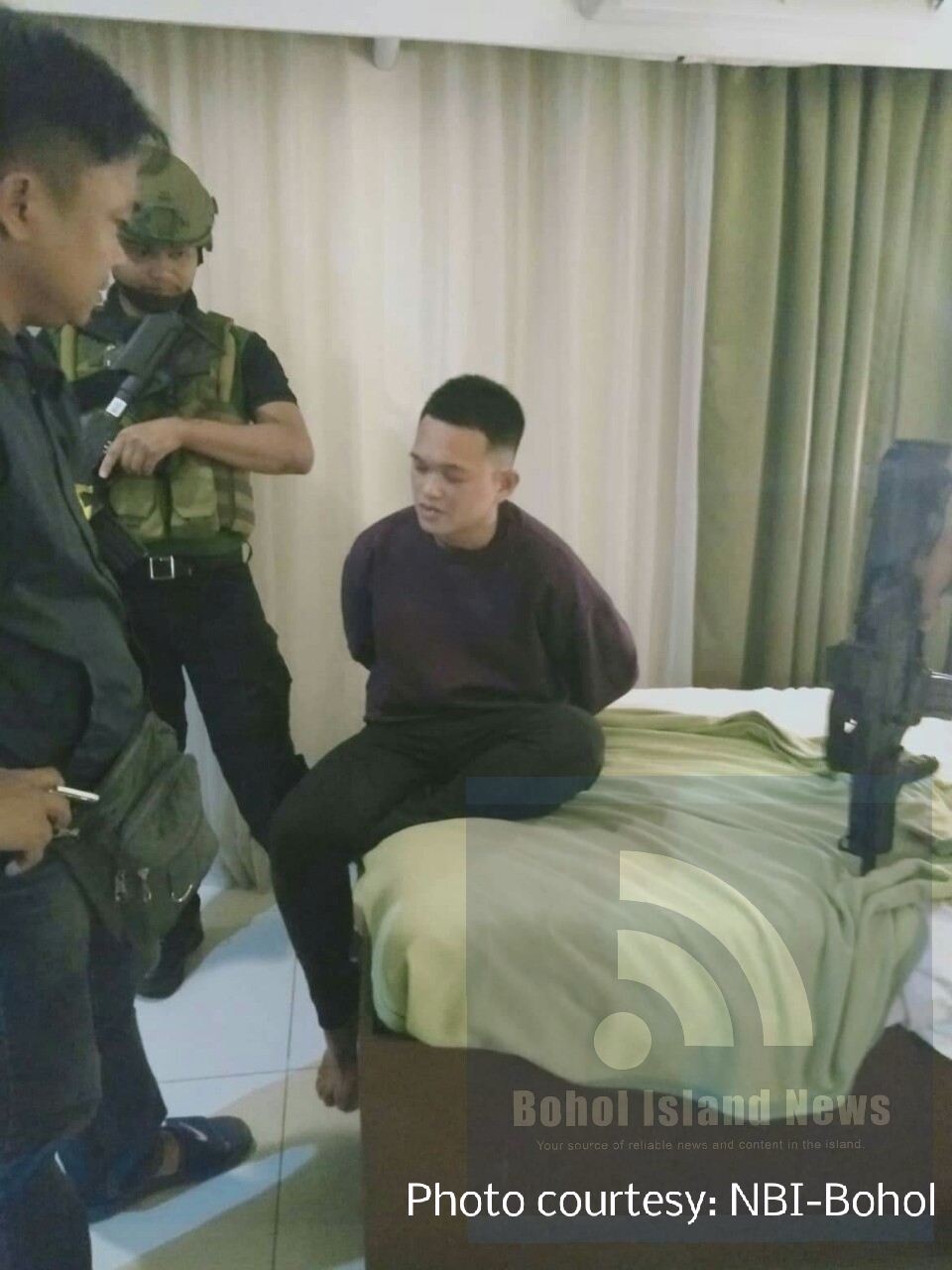 According to NBI and PDEA, the suspect, identified as Eric John Borja, 26, son Tagbilaran City Administrator Eddie Borja, was nabbed by the agents inside a room of a hotel in Tagbilaran City.

According to Atty. Rennan Augustus Oliva of NBI-Bohol, it was the first time they recovered this kind of illegal drug in the province.

He said the operation started with information that Borja was selling illegal drugs in his area.

They immediately set up a buy-bust operation.

After Borja handed one tablet of ecstacy
(4-methylenedioxy-methamphetamine) or MDMA, in exchange for the P 1,500 marked money, he was immediately arrested by the agents.

Seized from the suspect were 5 tablets in beige and blue colors of “ecstacy” worth around P11,000, according to PDEA.

Borja, based on the report, was selling ecstacy in Tagbilaran City and Panglao areas.

He refrained from naming the supplier of the party drug, according to Oliva.

However, Oliva said he got his supply from Cebu City based from the retrieved messages from the suspect’s cellphone.

Borja is currently detained at the NBI-Bohol detention facility and will be charged for violating Republic Act (RA) 9165 or The Comprehensive Dangerous Drugs Act of 2002.