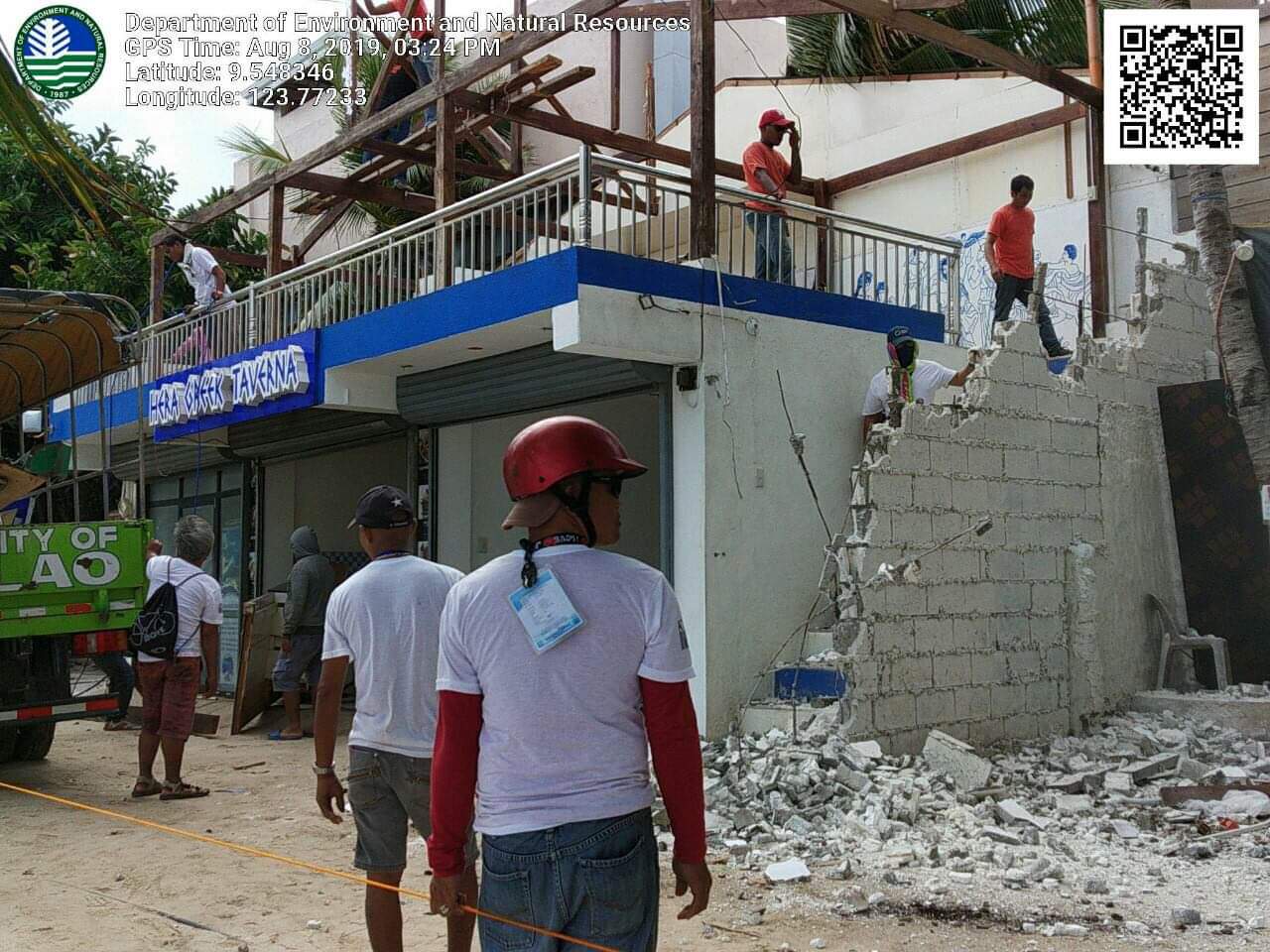 Department of Environment and Natural Resources (DENR) Regional Executive Director Paquito Melicor said on Friday that Panglao Island should not follow what happened to Boracay.

The municipal government of Panglao forcibly knocked down Thursday, Aug. 8, an illegal structure on Alona beachfront.

The 120 sq meter illegal structure was the Hera Greek Taverna, a restaurant owned by Korean national George Park, that is within the 20-meter easement zone along the shoreline of Alona Beach in Barangay Tawala, Panglao, Bohol.

Melicor said that it was just one example of a strong political will and commitment of the local government executives which can address our environmental challenges.

The restaurant was erected more than three years ago.

In 2017, DENR Sec. Roy Cimatu had ordered the demolition of the illegal structures that violated the salvage zone of Alona Beach.

Some owners voluntarily removed some illegal structures last April this year. However, some establishments continued to violate rules on beach easement on Panglao Island.

Panglao, a 4th class municipality with an annual in come of P128.5 million, is a popular destination in the country.