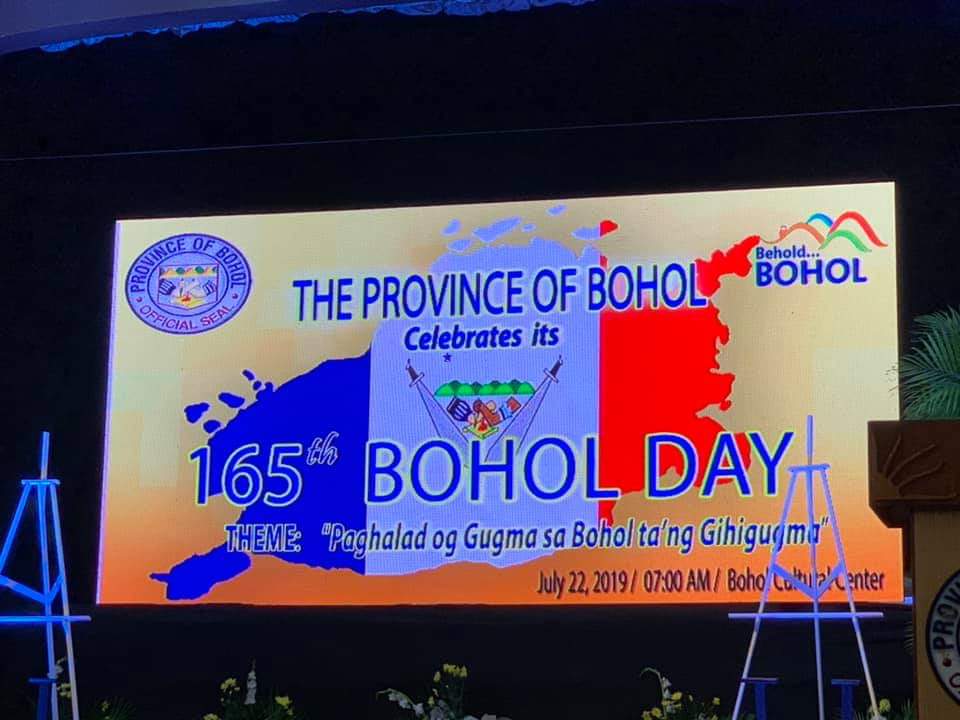 The day has been declared a non-working special public holiday for Bohol by virtue of Republic Act 7683, enacted by the Senate and the House of Representatives February 23, 1994.

On July 22, 1854, Bohol province was separated from Cebu and was created into a politico-military province during the Spanish rule in the Philippines.

It was recognized as a province during the American regime.

Exactly 165 years from then, Bohol still celebrates its independence every 22nd day of July.

To commemorate the day, the activity started with a holy mass celebrated by Tagbilaran Bishop Albert Uy of the Diocese of Tagbilaran followed by the event’s commemorative program at the Bohol Cultural Center.

In his homily, Fr. Val Pinlac said that leaders do not have the monopoly of loving Bohol.

“Do you love Bohol?” asked Pinlac who said Boholanos have role and responsibility as God’s stewards.

Bishop Albert Uy, on the other hand, called on moral, spiritual, and economic development. He urged the Boholanos to avoid the use of plastics and fireworks.

Gov. Arthur Yap highlighted the significant changes in the economic status of the province. While Bohol has changed, he said, it remains to be rooted in its traditions and a conservative society. He also promised to bring basic services to the people.