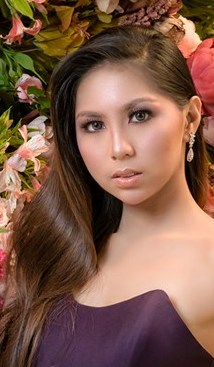 A woman who was once bullied because of her dark complexion is now a beauty queen.

Iza Gail Perez Latonio was subjected to daily verbal “abuse” because of her skin.

“I grew up as a woman victimized by bullying all because of my skin color,” she said.

But it pushed her to advocate for women empowerment and campaign strongly against bullying.

“For 5 years now, I have been conducting symposiums and motivational talks focusing on battling bullying and highlighting personality development to further empower young women like me,” she said.

She said never allow anyone define who you are because of your uniqueness.

“Differences in skin color, ethnicity, sexual orientation and even our own beliefs shouldn’t be reasons for any soul to be considered as minorities, rather, an opportunity to embrace diversity,” said the 20-year old-queen from Barangay Calangahan, Sagbayan town.

She  is taking up Bachelor of Arts in Communication at  University of San Jose Recoletos – Main Campus.

She wants to become a well- known beauty queen.

“My most admired person is Gazini Ganados, because her passion and determination to join pageants was very inspiring. She never gave up a midst her failures instead she strive harder to reach her dreams. Her story is something we should always remember and we should never give up too,” she said.