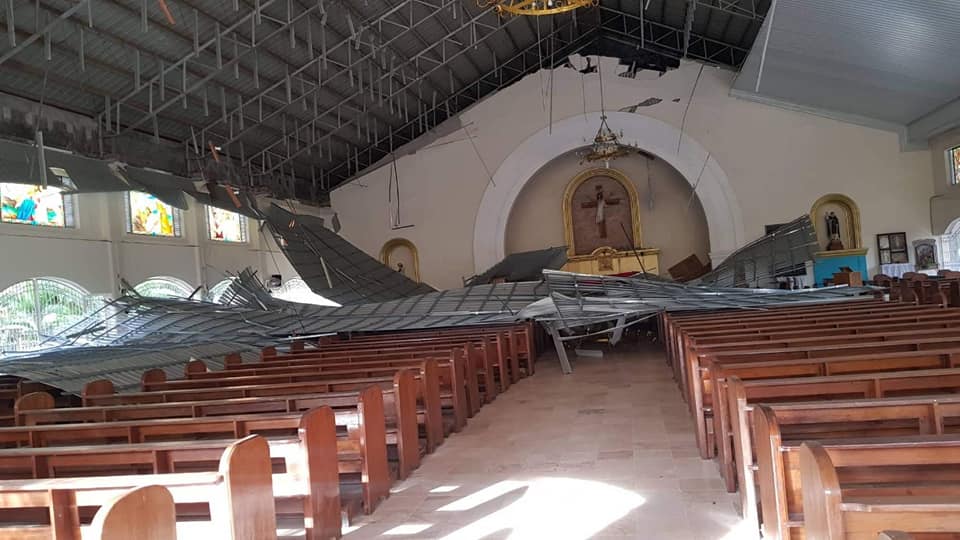 Residents of Madrid and Carmen towns in the northern part of Surigao del Sur were awakened from their sleep after a magnitude 5.5 earthquake happened early in the morning on Saturday, July 13.

According to the Philippine Institute of Volcanology and Seismology (Phivolcs), the shaking was recorded at 4:42a.m. with a depth of 004 kilometers.

The epicenter was located east of Carrascal, Surigao del Sur.

One photo showed the ceiling that fell on the altar and the front portion of a church there.

Intensity II was felt in Mambajao Camiguin, Cebu City and Borongan City, Eastern Samar while Intensity I was recorded in Bislig City and Palo, Leyte.

According to the Provincial Disaster Risk Reduction and Management Office (PDRRMO) via PIA Surigao del Norte, there is an ongoing assessment as to the extent of damages. //