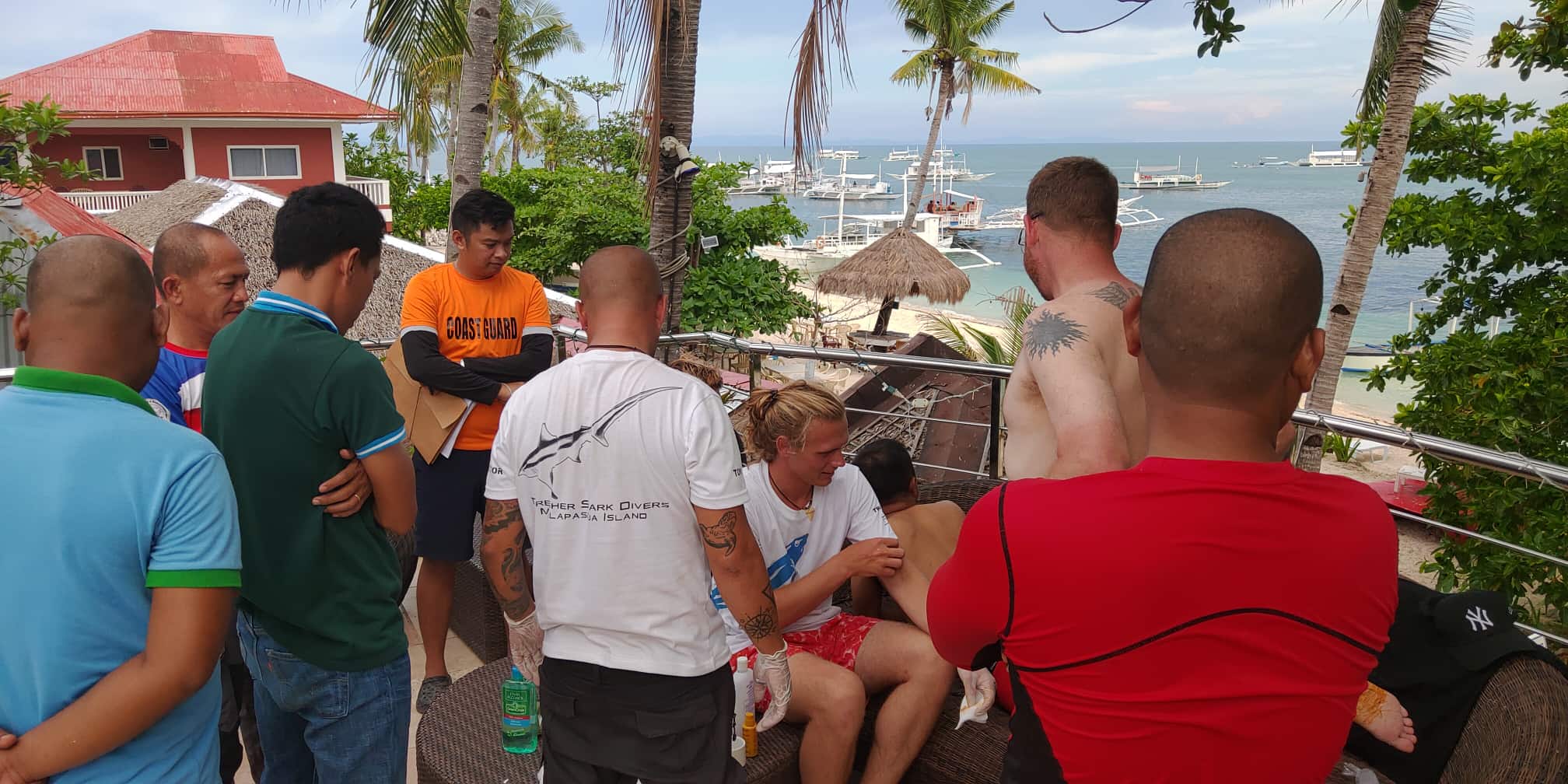 Sixteen tourists are now safely back in Malapascua Island, Daanbantayan, Cebu after their boat capsized this morning.

The incident happened an hour after they left Malapascua Island for Capitancillo Island, off mainland Bogo City.

PCG-7 through its Coast Guard Sub-Station (CGSS) San Remegio received the call for help at 11:50 a.m.

CGSS San Remegio employed the assistance of motor banca “Desamparado 6” as they were near the area. They also sent in their own team.

On board the boat were five American nationals, three Germans, two Spanish nationals, and one Swiss national, Hong Kong national, Australian, Israeli, Canadian and an Italian.

They reportedly suffered minor bruises while the four Filipino crew including the boat’s skipper were also safely rescued.

Encina said they are yet to establish the cause of the incident as there were no gale warnings hoisted over the province of Cebu.

At 11:55a.m., state weather bureau Pagasa here in the Visayas issued Thunderstorm Advisory No. 10 that warned of moderate to heavy rain showers with lightning and strong winds in Bogo City, Tabogon, and portion of Catmon. //