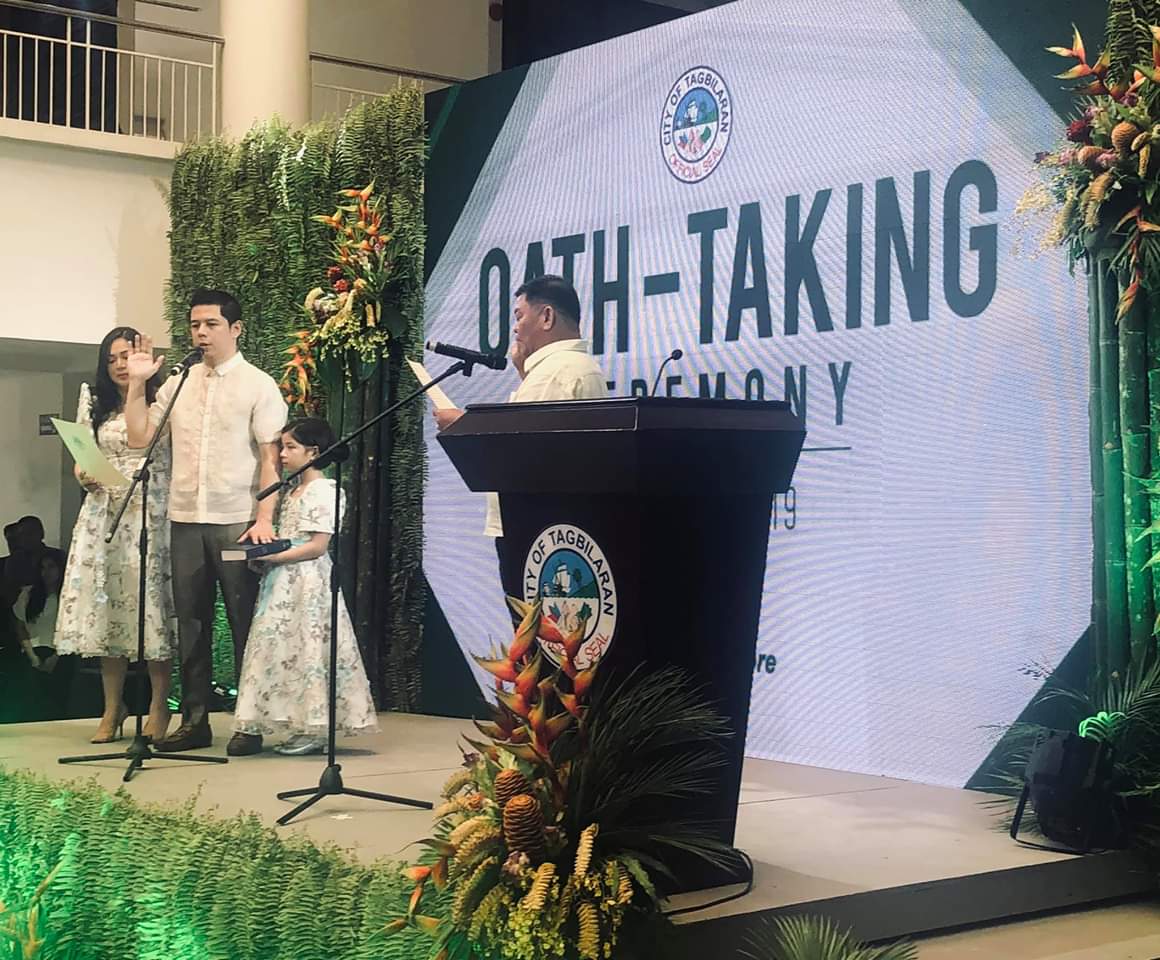 Tagbilaran City Mayor John Geesnell “Baba” Yap II, who took his oath of office at the Tagbilaran City Hall on Sunday morning, will serve his 3rd and final term as mayor.

Yap was sworn in by Judge Suceso Arcamo where he was joined by his wife Jane Censoria and his daughter Janah.

In his speech, the city’s chief executive assured to the residents of the city that he will always prioritize the people and continue his existing programs for “Asenso Tagbilaran.”

Based on election rules and mandates, a person is given a term limit of three terms. After that, that person may again seek for reeelection for another position.